Jaylen Brown is asserting himself - and it shows


Earlier in the season, the Celtics Jaylen Brown wasn't exactly lighting up the parquet with his production. His move from the starting lineup to the bench at the start of the season didn't seem to work well for him. That seems to be changing. 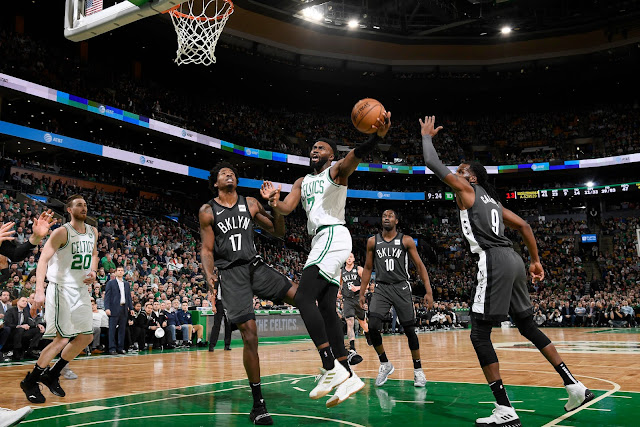 Jaylen's November stats were not reminiscent of his solid play in last year's post-season. His averages of 27.5 MPG, 11.3 PPG and 4.1 RPG were disappointing. And his accuracy fell to 42% on field goals and 21% on 3-pointers.

That has changed over the past five games where Boston holds a 4-1 record. Brown has averaged 14.8 PPG on 47% from the field and 50% from beyond the arc, while adding 4.4 RPG and 1.2 SPG. He has shed some of that hesitation I saw in his game earlier in the season. He is taking the shot when it presents, and he has definitely become more aggressive going to the hoop.

It isn’t always pretty, but Jaylen made it a priority to work on his mid-post and they’ve been pretty good when he gets his feet under him. pic.twitter.com/TNdbHPSUHX

Jaylen Brown Euro-steps his way to the cup for a rim-rocker in tonight's @JetBlue Play of the Game! pic.twitter.com/RYB9FDEnbe

With the recent news of the Pelicans' Anthony Davis requesting a trade, we will hear Brown's name mentioned as a potential trade chip. Hopefully, that won't be a distraction for him. But right now, he is right on track to help his team to improve their fifth-place seeding in the Eastern Conference.