Boston's playing like a contender lately - have they turned a corner?


The Boston Celtics look like a team turning a corner.

Undefeated in 2019, riding a three-game winning streak despite missing key players to various injuries, the team now finds itself in possession of the league's second-best point differential, trailing only the Milwaukee Bucks' 9.6 to their 6.6.

They are now third in the league in made three-pointers, fourth in attempts, and sixth in three-point accuracy as a team, a far cry from the squad that couldn't hit a brick wall with an open look in early November. 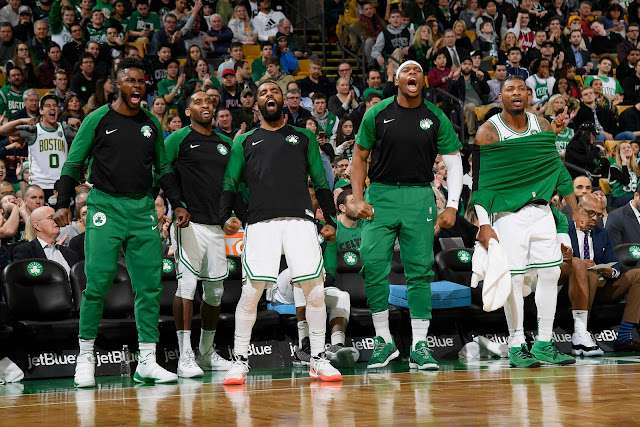 The Cs currently own the league's ninth-best offense, and fourth-best defense, with the NBA's 10th best effective field goal percentage; to those of you who aren't stat heads, let's just keep it simple and say the team, for all our (very valid) lingering criticisms, has been playing like a true contender of late.

They still have plenty of tests before the still somewhat-distant postseason arrives, everything from healing up hand (Aron Baynes and Jaylen Brown) and other injuries to cementing a more coherent rotation and the roles that support them, though regarding the latter, the team seems to have made significant strides.

Celtics are now 2nd in the NBA in scoring differential.

In the last 30 years, only twice (2008, 2009) have the Celtics gone through a full season with a scoring differential this high. pic.twitter.com/suFe5AMlCT
— Sean Grande (@SeanGrandePBP) January 8, 2019


And there's seeding to consider, too, as Boston still finds itself an away team if the postseason started today, sitting in fifth place, with three tough games remaining in just this month alone, vs the third-place (in the East) Indiana Pacers tonight, first place (East) Toronto Raptors Wednesday, and Golden State Warriors (second in the West) on January 26.

Mercifully, all three of those trials will be home games, but there's plenty of potential trap games this month, too - two more matchups with the Brooklyn Nets, a pair against the Miami Heat as well, and a tilt with the Charlotte Hornets, all easily winnable games, so long as the team doesn't play like they are.

Can the Celts maintain such high-level play on both ends of the court? With games coming on average every two days for the rest of the month, the pace may become an issue as well, but hopefully Boston's mostly young legs and relatively light schedule save the three challenges noted above will provide some time for rest for some players as well. Until then, keep an eye out for the results, starting at 7pm EST tonight.