Ainge not worried about Brown-Morris dust-up


Danny Ainge knows what fierce competitors look like, there's no doubt about that.

So, regarding a conflict between Marcus Morris and Jaylen Brown over Brown's failure to get back on defense after a miss, when Ainge said to Boston Globe Reporter Adam Himmelsbach: "It’s two good kids that are competitive ... They both want the same thing. Emotions happen in games, and I’m not worried about it.", I'm on board. 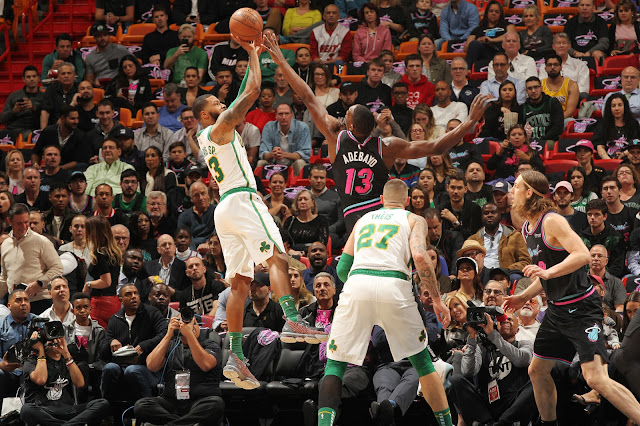 Granted, I was before Danny went on record with his lack of concern, as I'd rather see the team holding each other accountable in ways which do not come to actual blows, as the team (and Jaylen) clearly still have some work on being consistent on both ends of the court, even on back-to-backs.

For now, let's hope the altercation has some positive effects, as it seems to be being viewed as having the potential, based on Ainge's reaction (per Himmelsbach): "I have not talked with them about it and haven’t really heard anything from anyone about it ... so I don’t really feel a need to intervene."