Will Marcus Morris be Boston's second All-Star this season? 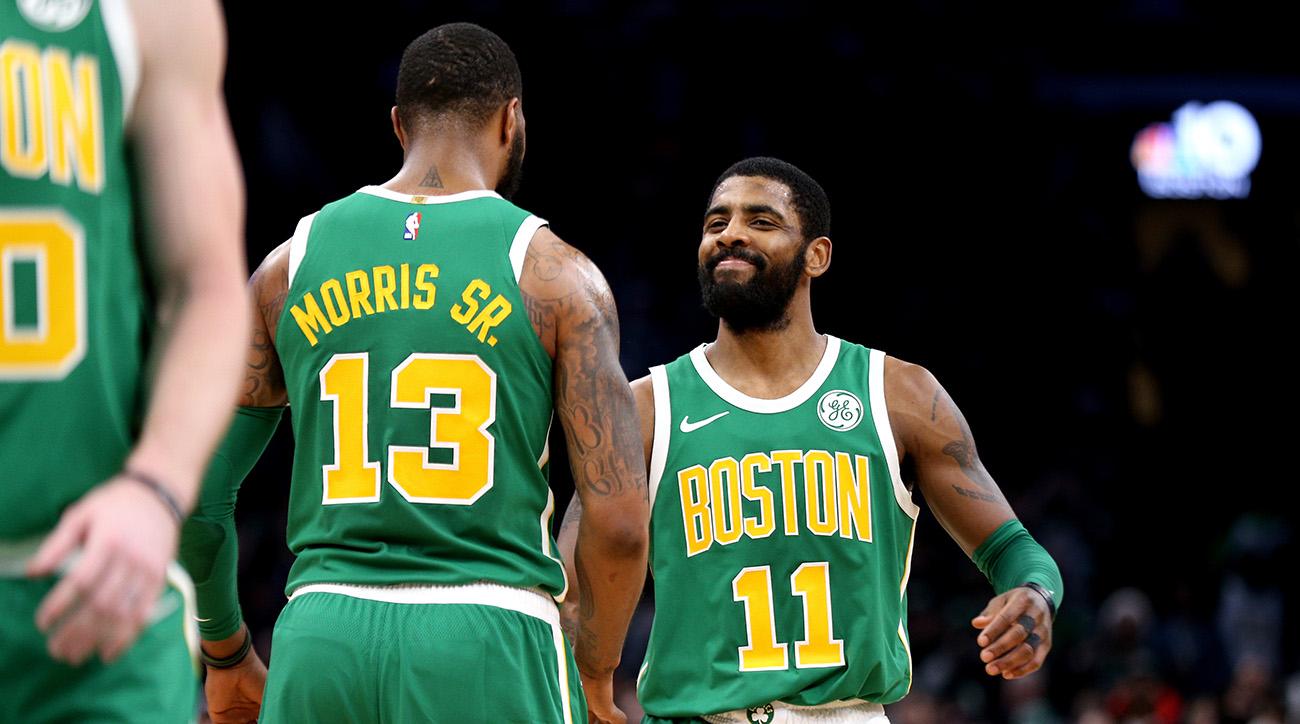 The Boston Celtics will have at least one All-Star representing the franchise come February. Kyrie Irving has been fantastic this season and has a good chance at being a starter in the All-Star game like he was a year ago. The question is, will there be anyone else from the Celtics joining Kyrie on the trip to North Carolina?

Last year, that was Al Horford. Granted he was one of the last picks of the inaugural All-Star draft with LeBron and Steph, the Celtics big man rightfully was named an All-Star for the fifth time of his career. This season, Horford has been riddled with injuries and has been slightly less effective while on the court.

Gordon Hayward's return made him the obvious candidate to join Irving at All-Star weekend coming into the season. But his transition back from injury has been slower than expected, as Hayward's playing time, scoring, and shooting are the lowest since his rookie season in Utah.

Jayson Tatum will surely see days as an NBA All-Star in his future, but his slight scoring boost this season has come at the expense of worse shooting efficiency. And Jaylen Brown has seen regression in all of his statistics.

Meanwhile, an unlikely suspect off the bench seems like the best bet to join Kyrie as an All-Star this year - Marcus Morris Sr..

The 6'9" forward has been having a tremendous season for the C's. He's currently flirting with joining the elite 50/40/90 club, attesting to how incredibly effective his shooting has been. Of the eight Celtics players taking five shots per game, Morris is leading the team in field goal percentage (50%). His three-point and free-throw percentages are also team-bests.

As of the beginning of December, Morris was averaging 1.065 points per play on offense, which was leading the Celtics team. NBCSBoston's Chris Forsberg noted his impressive efficiency in this regard:

[Morris' 1.065 points per play] ranks him in the 81st percentile among all players but narrow to the 100 players with at least 250 possessions finished and Morris is 22nd overall in the NBA in points per play. For sake of comparison among the 100 qualifiers, LeBron James is four spots lower at 1.057 ppp and Anthony Davis is 33rd on that list at 1.046

Morris clearly deserves recognition for what he's been doing this season. MassLive's Tom Westerholm notes how head coach Brad Stevens believes Morris has been All-Star level for the Celtics:

“He’s been great,” Brad Stevens said on Sunday, following Celtics practice in San Antonio. “I don’t get into the All-Star stuff as far as number of people because I don’t know exactly who he’d be competing against, but he is playing at an All-Star level for our standpoint for sure, and he’s been great. And the best part about it is he’s just doing what he does. It’s not anything more than a guy to me that’s a really good player that’s very comfortable in his role and very comfortable in who he is.”


Don't get me wrong, it would still be tough for Morris to make the cut. There's a handful of Eastern Conference forwards averaging more points than him, including teammate Jayson Tatum. Guys like Kawhi Leonard, Giannis Antetokounmpo, and Blake Griffin are no-brainers, and there's no shortage of impressive talent like Kris Middleton and Ben Simmons.

Still, the Celtics have been making a case for Mook on social media. But for Morris, he isn't sweating much over it:

“I mean, it is what it is,” Morris said. “Our team success depends on a lot of stuff, and that’s my main focus. Trying to win games for this team, and helping this team as much as possible. If I’m an All-Star, I’m an All-Star, if not, it’s still pretty cool to hear. I’m just happy to be able to stay consistent and be able to play at this high level I’m playing at to help this team.”

Do you think Mook is the next man up on the Celtics to make the All-Star team? Does he have a legitimate shot?