I am a dyed-in-the-wool Yahoo Fantasy Basketball guy, and have been since 2010. Last year I drafted Jaylen Brown in the last (13th) round because nobody else had grabbed him. That move paid dividends when he had a better-than-expected season. This year I drafted him earlier (10th round), and thus far he has disappointed. 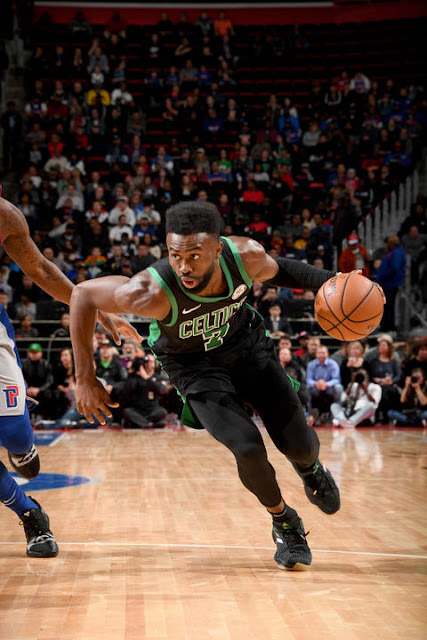 In my Fantasy leagues, Brown's pre-season rank was 123. His current rank is 183, and since the entire league encompasses 156 players, the indication would be to ditch him. Not so fast. He may be back from injury tomorrow night against the New York Knicks, and I refuse to give up on him - either in Fantasy or in the real world.

Here's my logic. Over the past 14 days, Jaylen has produced 18.0 Fantasy points. I feel if a player can't produce more than 20.0 Fantasy points on a consistent basis - ditch him. But Brown's Fantasy numbers from all of last season show 22.0 points.

Here's my gut feeling. Brown's talent didn't simply dissolve over the summer. In a recent article and poll, I asked readers to give their thoughts on Jaylen's slump. Was he showing more interest in other endeavors? Had he already reached his peak last season? Is he too unselfish? Or is it something else?

Something else took 50% of the vote, followed by too unselfish with 32%. One of our ardent Celtics fans, and loyal CelticsLife readers, Dimitrius_UK, gave this analysis:

Likewise, his (Jaylen Brown's) superb defensive performance over the past two years is also dismissed by experts who wanted us to trade him, Tatum and a bunch of players for freaking Jimmy Butler.

Anyway, I hope the kid will return back at full health. He is by far the most athletic player we have, the best in our transition game, excellent defender and solid shooter who had a rough start. You ask what is wrong with him, just assume a slightly better 3p shooting and you will see that his numbers are actually better than last year (per 36).

So in Fantasy, I have taken him off my injured list and put Jaylen into my Thursday lineup. I had to dump a player to do so, but it will be worth it. I still feel that Marcus Smart should remain in the starting lineup, at least for now. Brown and Gordon Hayward in the second unit together just seems like a good move. Jaylen has the speed and athleticism to perform full-tilt, but he still remains tentative and introspective. Gordon is the guy to get him on track.

But both may be back in the starting-5 down the road. Let's hope for another win tomorrow night.