Too good to be true for Yabu 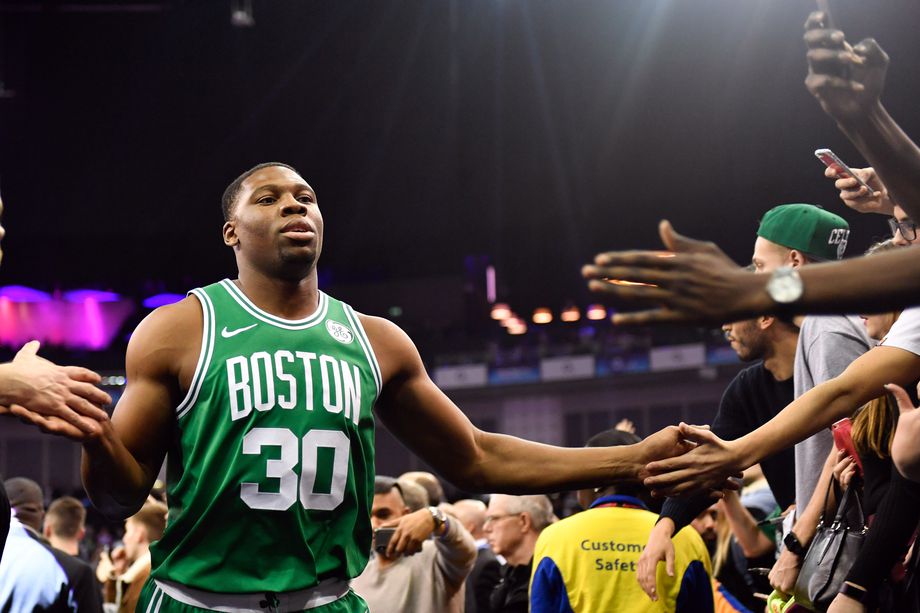 Does anybody else have that overwhelming feeling of paranoia when a day just goes swimmingly and as a result you can’t help but wonder what proverbial banana skin is just around the corner? Perhaps you’ve had an unprecedented run of green traffic lights on your drive home, while all of your favourite songs play on the radio and you walk in to your favourite meal on the table; does your inner pessimist convince yourself this is all too good to be true?

This is how I felt, as a semi-regular member of weird Celtics twitter, when Guerschon Yabusele found a significant spot in Boston’s rotation on Friday night, in the absence of Al Horford and Aron Baynes. Sure, the team won with the largest margin in the history of the franchise against a lowly, turbulent Chicago Bulls team, but at what cost?

It all seemed so perfect when he showcased his ability in what was one of his best games in a Celtics uniform, playing in the centre position behind an impressive Daniel Theis. He logged 15 minutes, scoring a single basket while dishing out 3 assists and grabbing two boards. It seemed like a launching pad performance for the second-year Frenchman but it ended sooner than anticipated.

Just awful luck for Yabusele there after one of his best games as a Celtic.

Yabusele went down with an ankle sprain in the 4th quarter and had to be helped off the court. Brad Stevens has since told reporters that there was “no break, so that’s good but he’ll probably be out for a while”.

Crap! Guerschon Yabusele goes down with a right ankle injury. Being helped off the court by Marcus Morris and Jayson Tatum.

It’s a tough setback for the 22-year-old who has played in the G-League and the CBA since being drafted by the Celtics. With the opportunity to impress presenting itself in the way it did with recent injuries, it should have been a big step forward and now he’ll have to wait a while to try to establish himself in Stevens’ plans going forward.

Finally, if some of the above seems overly-sombre, you need to know how serious this news is to many of us. Temporarily losing Yabu is major news within the shadows of Celtics online fandom, where you’ll find a Beatlemania-level of hero worship for ‘The Dancing Bear’ and day-by-day updates of his development. Really, look it up.