Timelord & Taco Jay having a block party as injuries pile up


If your team's offense isn't what it ought to be, having a couple shot erasers on your roster certainly doesn't hurt. 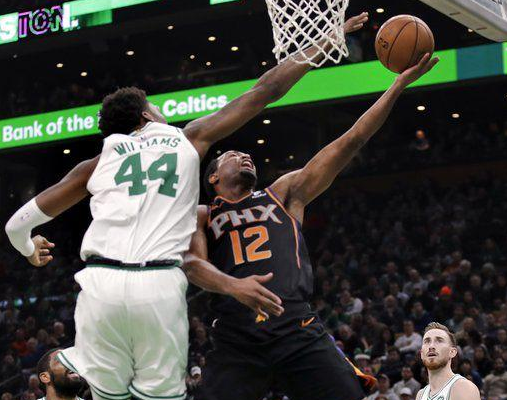 For the Boston Celtics, who have struggled to score consistently this season save for a handful of players, the fact that Robert Williams and, to a lesser extent, Jayson Tatum, have been excelling at making other team's shots disappear has provided exactly that sort of defensive boost, especially recently.

Robert Williams is averaging a league-leading 6.4 blocks per 36 minutes, with a minimum of 100 minutes played. The next closest player is Hassan Whiteside at 3.9.
— Adam Himmelsbach (@AdamHimmelsbach) December 20, 2018


That boost, of course, is directly related with the loss of big men Al Horford and Aron Baynes, opening up a chasm of minutes needing to be filled in the frontcourt. So, while far from an optimal scenario, the big minutes may prove key in speeding along the development of the Timelord enough that his shot-blocking can become a tool to deploy with our best bigs healthy in the postseason.

For now, the tandem, whose combined age is still younger than yours truly (I'm 42, and feeling 90 after typing that) are going to have to keep up their precocious rate of rejections if Boston is going to win games over a comparatively tougher stretch of games beginning tonight with the Milwaukee Bucks, with games against the Philadelphia 76ers and Memphis Grizzlies looming before the new year.


As we have seen, however, defense has not been enough, even against the lowly Phoenix Suns - as the team currently has no big men with strength to counter the Andre Drummonds and Deandre Aytons of the league, meaning for such matchups, smaller lineups able to draw those types out may be the wiser move. That of course requires our players to connect from deep, which they've struggled with much of the season.