With the early resurgence of Kyrie Irving - the more-recent breakout of Gordon Hayward - and now the terrific comeback by Jaylen Brown last night, Boston's backup point guard, Terry Rozier may not be getting the recognition that he deserves. 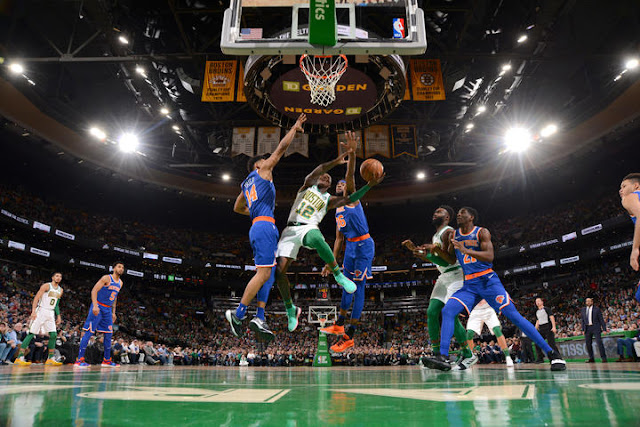 Last night's win over the New York Knicks is a prime example. Off the bench, Terry played 24 minutes and had a line of 11 points, seven rebounds, four assists, two steals and one block - with only one turnover. His plus-minus of +17 was highest on the team, and so was his Defensive Rating. He hit half (50%) of his threes and was 2-of-2 on free throws.

Something I think went under appreciated today: Kyrie Irving said Terry Rozier is a “defensive doberman.”

For the season, T-Ro is rated third in the League in Defensive Rating among bench players with 15-or-more games played and 15-or-more minutes per game. Defensive doberman? You bet! Under-appreciated? Probably. This is just a heads-up on what he has been doing for his team.