Marcus Smart is becoming the "center" of attention in the League


In a previous article, I argued that Marcus Smart needed a starting gig and big minutes. That seems to be working. Last night's 130-125 OT win over the Wizards was the seventh in a row for Boston, and Marcus has started all of those games. This is not a coincidence. 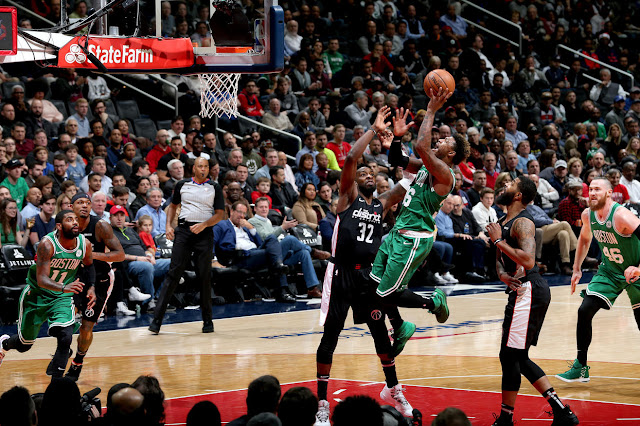 He started the game last night and played 39 minutes in the overtime victory. He put up a line of 18 points, five rebounds, three assists and three steals. Not all of his winning plays ended up on the stat sheet, a fate he will have to endure.

Marcus Smart with 2 consecutive forced turnovers that won't go down as steals for him.

When Brad Stevens and others talk about how Marcus Smart makes winning plays that won't show up on the stat sheet, this is what they're talking about.

Marcus Smart is a winner. pic.twitter.com/8elFoGvnME

Marcus has evolved lately into a verbal and demonstrative leader, on and off the court. He has challenged his teammates to put forth more effort on the court, and he gave Jaylen Brown a verbal jolt to help get him out of his funk. We most likely will not see many of these offensive games from him going forward, but we really don't seem to need them.

The entire League is gushing over Smart's unique and dedicated performance at both ends of the court. And we are starting to hear whispers of Defensive-Player-of-the-Year consideration for him.

Bradley Beal had a season-high six turnovers on Wednesday night. Marcus Smart was directly involved in forcing all six of those miscues. An inside look at how he's strengthening his case for All-Defensive honors with starter minutes: https://t.co/qRsDlE62gV

Smart, at 6'4", even played the center spot for Boston towards the end of the game, something he hasn't done since high school. Kyrie Irving even admitted he watches Marcus Smart highlights in his downtime.

Marcus is worth every penny of his contract, and Danny Ainge hangs onto him like Danny's future depends on him - and well it might. Marcus is definitely an enigma. I can't remember any NBA player quite like him. Any player-comparisons from our readers. No wonder the League is buzzing about him. His late mom, Camellia, would be proud.