.Kyrie Irving - The Cinch That Stole Christmas (from the 76'ers)


Kyrie Irving wasn't going to let this one get away. This wasn't his hated Thanksgiving - this was Christmas, and his family and the world were watching. With 20 seconds left in the game and Boston trailing by a score of 118-116, he was guarded by Jimmy Butler and forced the game to overtime. 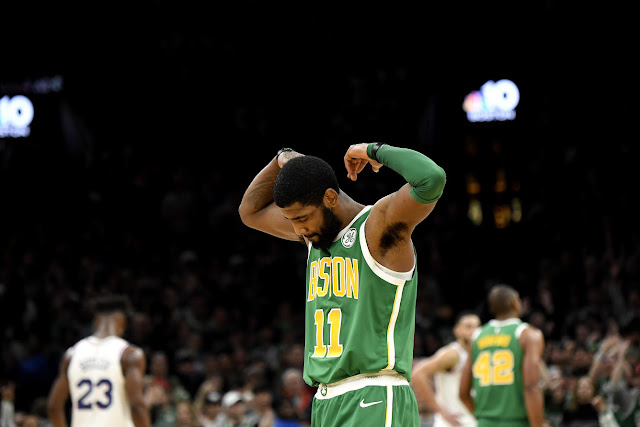 With the game's outcome in serious peril, Irving was not about to have the Philly crew come into his house and steal Christmas from him - not with his family in attendance. He tied the game - sent it into overtime - and hit two critical 3-pointers in the final two minutes of the game to seal the victory. Boston's Cinch-to-score-in-the-clutch stole Christmas from the Philadelphia Grinch, and the Boston fans had an even better Christmas because of it. Merry Christmas, folks - from CelticsLife.