We can assume Kyrie Irving was verbally aggressive in the post-game, closed-door meeting following the loss to Milwaukee, and he got his team on track right out of the gate versus the Hornets last night. Kyrie was all over the place in the first quarter, scoring 17 points before the quarter ended. The much-needed 119-103 blowout was more than welcome. 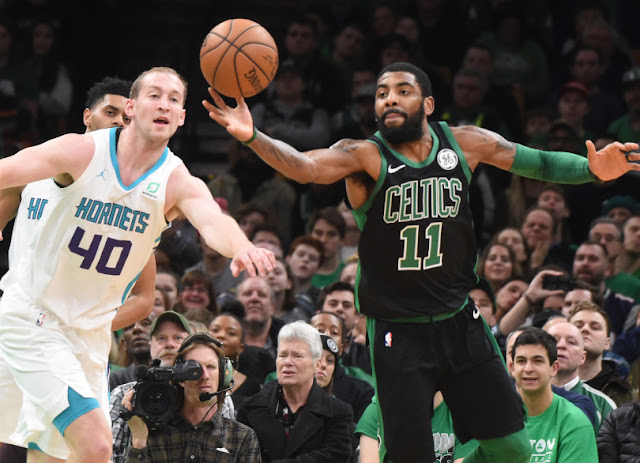 Kyrie Irving scored 17 of his 25 points in the first quarter and then the post-closed-door-meeting Celtics tore things open with a 39-point second frame.

Festivus, however, continues until someone pins Yabu.

It only took 11 seconds for Kyrie's first points on a jumper. In the next 30 seconds, he snagged a rebound and hit a running jumper, followed by a 3-pointer a minute later. He had set the tone for his team by his aggressive start and his team was on cruise control the rest of the way.

Love to see this from Kyrie Irving. We know he can score at any time but good to see him not give up on the play and come back from behind for the block. Him giving effort on D is contagious for the whole team. #Celtics #CUsRise pic.twitter.com/iP4dFS8Cal

Irving racked up 25 points in 28 minutes, shooting 9-of-12 from the field. He added four rebounds, five assists (with only one turnover). His one block was beautiful. Kyrie is quickly becoming a verbal leader who backs up what he says on the floor with effort and production at both ends of the court. That meeting had some positive results - at least for one game.