Jaylen Brown has been dealing with a hand injury for more than a month now, and unfortunately, on a lot of nights, it's showed.

Wearing a huge wrap on his hand after one of his better nights in some time against the Houston Rockets, it was impossible to miss the fact that an injury sustained against the Dallas Mavericks back on November 24th is still an issue for the player, currently struggling to find his way in a new position and role with the team. 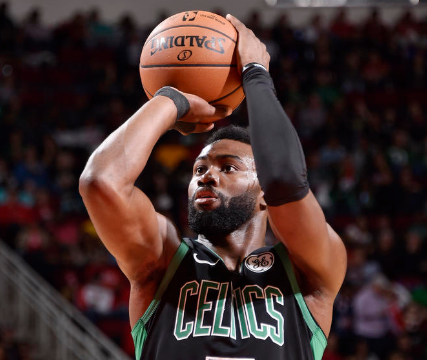 As has been noted by others, it's certainly not the culprit for Brown's struggles this season, but being asked to do both different things and to play a position one needs both hands a lot more than at the three and four he's spent almost two-thirds of his pro career playing at can't help, either.

Jaylen Brown says his hand injury has been bothering him for about a month and a half.
— Tom Westerholm (@Tom_NBA) December 28, 2018

Given how poorly Brown has played, nights like Thursday aside, in this new role, I have to start asking whether it might make sense to give up on pushing the young player into a mold he doesn't seem to fit very well, and shuffle the second unit and closing rotations to play Jaylen more in roles we've seen him succeed in.