Flashback: The quickness, ferocious rebounding and intensity of Dave Cowens


Dave Cowens wasn't just quick for an NBA center. He was quick - period! And he made rebounding an absolute art form. His timing on jumps was perfection, and he could really get up there. He wanted every missed shot and fought for them. 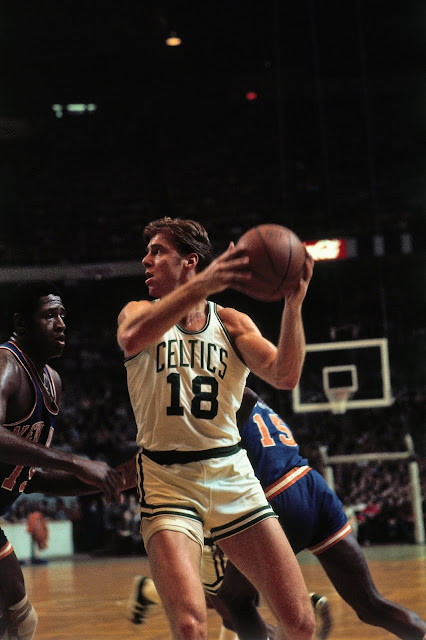 In the video below of Game Five of the 1976 NBA Finals against the Phoenix Suns, we get to see the quickness, rebounding and intensity in detail. Cowens fouled out of that triple-overtime game, won by Boston, but came though with 26 points, 19 rebounds and four assists. His inside offensive moves were lightning-quick, and his board work is unmatched.

The following is a comment from Richard Madden on the video. Another reason I always loved Dave Cowens.

I did flooring work for Dave Cowens when he lived in Foxborough, Ma as an assistant coach of the Celtics. I think it was in the mid to late 90's. A total class act. One funny story, he caught me shooting a Spalding NBA basketball in his driveway after work one day. The ball cost about 80 dollars at the time and he sort of interrogated me about it. "Did you "borrow" this ball from me, he asked?" (he had about a hundred NBA balls in his garage). I said Mr Cowens...My business is wood flooring. Besides doing houses, I also install gymnasiums. I've had this ball for about 10 years now. This was the first time I've ever dribbled it on asphalt . I tossed it to him and he looked at a well worn but smooth NBA Spalding. I told him, I was going to buy a brand new one and if he had any class whatsoever, which I personally doubted because he was a graduate of Fl State, while I had attended UFlorida. He would autograph it to my stepson. He did and gave me a brand new Spaulding from his apparently limitless collection of basketball paraphernalia.....I still have an un-cashed check for $17 and something. He said "it's great being a former Celtic,,,,people in Massachusetts don't cash your checks!"﻿

Contrary to what Mr. Madden suggested, Dave could be quirky, but he did have true class. But no opponent wanted to mess with him - many felt he was just a little bit crazy. I just saw it as intensity.