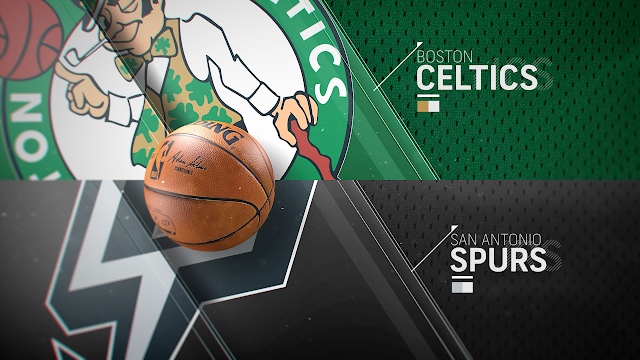 Coming off an impressive victory in Memphis, your Boston Celtics headed to the midwest to face off against the Spurs in San Antonio.

The Celtics jumped out to 8-2 lead behind Kyrie wizardry on offense and some smart defense. Get it? Smart defense?

Marcus Smart took the charge AND stole the ball all in one play 😂😂😂 pic.twitter.com/ZZqFsEm9Hg
— Dan Greenberg (@StoolGreenie) January 1, 2019

Boston shot 45.5% from the field, holding the Spurs to 33%. Their only bright spot was LaMarcus Aldridge who scored 15 points on as many attempts.

The second half saw an unsung hero for the Spurs coming to the forefront, with second year man Derrick White remaining perfect from the field, adding 7 quick points to his 16 point effort, cutting the Celtics lead to 2 midway through the 3rd.

The Spurs' momentum continued as did Boston's cold shooting, with the Spurs going on a 16-0 run, converting 12 out of 15 field goals in the 3rd, turning a small deficit into a 81-67 lead.

After scoring just 46 points in the first half, San Antonio matched that effort in the 3rd quarter alone, taking a 92-82 lead into the final frame.

GAME NOTES:
The Celtics forgot to play defense in the 3rd, in case you couldn't tell.

The Spurs continued their hot shooting in the 4th, mostly because Boston didn't read the scouting report on all their shooters, allowing them to nail three after wide open three. This all while taking horrendous shots on the offensive end.

With 4:37 to go in the game, the Celtics trailed San Antonio 111-99. All as Kyrie Irving was in the locker room after what appeared to be an inadvertent eye poke from Marco Belinelli.

Kyrie returned to action but it was all for naught as the Celtics simply couldn't get a series of stops to even get back into the game.

The good news is the Celtics up and down play for 2018 is over. Hopefully they'll learn a thing or two about consistency in the New Year. They'll need to as they face off against the Timberwolves on Wednesday.