"Burn it!" - The charm of Kevin Garnett & the remembrance of Craig Sager


Celtics fans don't often bring up the word charm when mentioning Kevin Garnett. That conversation usually includes toughness, dedication, intensity, trash-talking and the will to win. He was beloved by everyone but his opponents, and even some of them cherished him. People also adored Craig Sager. His outfits were outrageous, and he knew it - laughed about it - and took some verbal jabs, including from Kevin Garnett. 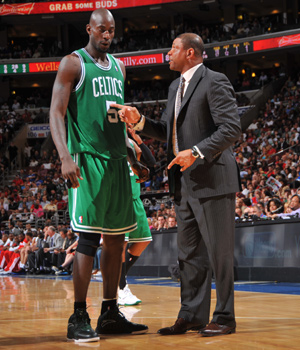 “Time is simply how you live your life.”

Garnett came aboard the Celtics ship and revived it. Paul Pierce, as great as he was, was not going to do it alone. Kevin was long, athletic, talented and absolutely outrageous. Burn it? His admonition to Sager to burn the whole outfit is delightful. Craig loved it. I just thought the Garnett/Sager interchange was worth a brief look. We were lucky to have both of them around.