AD had dinner with LBJ last night - did Boston miss its chance?


After losing to the Los Angeles Lakers 112-104 last night, Anthony Davis did something most players don't after dropping a game to an opponent.

He went out to dinner with their star player. 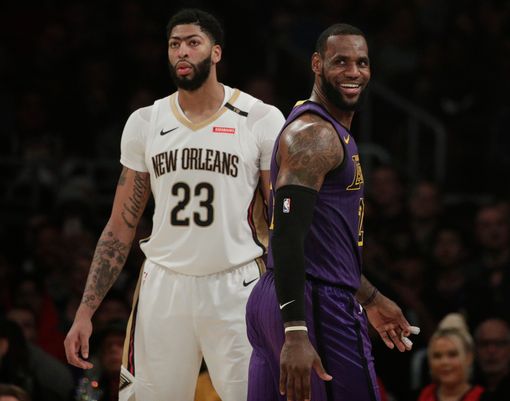 Granted, in the USA Basketball-AAU era in which we live, relations between players on different teams has changed radically from the constant war footing I grew up with, so take this data with a grain of salt. However, it's still highly unusual, and after LeBron James' recent LaTampering controversy, it's pretty hard not to be concerned if your team has designs on landing the league-leading big man.

Throw in recent comments by Davis that he values legacy over money at this stage of his career, and if you're a New Orleans Pelicans fan (or employee), you've got to be feeling the heat. Did the Boston Celtics miss a  golden opportunity? Or is this all a bunch of hot air to keep our interest in the slowest part of the league's long season?

Let us know your thoughts in the comments below.