With the trade of malcontent star Jimmy Butler to Philadelphia, the 76'ers now have a legitimate Big-3 of Butler, Joel Embiid and Ben Simmons. Make no mistake - all three of these players are stars in the NBA. But this may be one chemistry experiment that blows up. 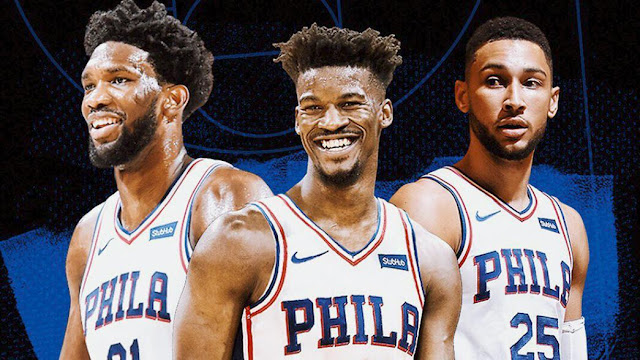 On the other side of the coin, we have Jimmy Butler. No one doubts his talent - just his attitude. He made it clear he was dissatisfied with the work ethic of his teammates in Minnesota and wanted out. Tom Thibodeau was put in a corner and was literally forced to act on a trade. But Jimmy took the time to bid fond adieu to his under-performing teammates in his usual manner:

.@BenSimmons25 on getting passed over as an #AllStar replacement 3 times: “I don’t really know what an all-star is anymore. I mean if it was about win-lose, you picked Dragic obviously and you pick Kemba, whose team is 7 wins under us. It is what it is, but my stats don’t lie.”

As Ben stated, his stats don't lie - but maybe they don't tell the whole story. He complained about not be chosen for the All-Star game, and I doubt his grumbling will end. Butler is a known complainer, and both of these guys will never be loved by fans as much as Embiid. The musical group, The Clash, battled at times and you can bet all will not be roses in Philly-Land. Melding egos in the NBA is a difficult and unenviable task for any coach. I wish coach Brett Brown well. He may need it.