Per ESPN: Cavaliers trade Kyle Korver to Jazz - Is Kevin Love next?


According to ESPN,s Adrian Wojnarowski, the Cleveland Cavaliers have traded shooting guard, Kyle Korver, to the Utah Jazz for Alec Burks and two second-round draft picks. The Cavs, after losing Lebron James to the Lakers, appear to be in a rebuild and looking for assets. They have been shopping both Korver and J. R. Smith, and Kevin Love, presently out with an injury, could be on the block soon. 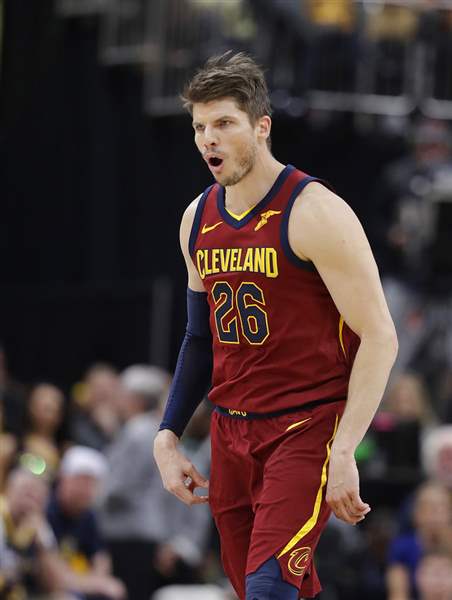 The Cavaliers have started this season with a 4-15 record, and J. R. Smith is currently away from the team as Cleveland looks for a possible suitor for his services. Korver is averaging 6.8 points per game in 15.7 minutes of floor time - while shooting 46% on field goals and treys. In his 17th season, he remains a dead-eye marksman. He earns $7.5 Million this season and is signed through the 2019-20 season.

The next question for the Cavaliers is whether or not they will seek a trade partner for Kevin Love. Boston was once considered a destination for Kevin in free agency, but he chose Cleveland and earned one Championship ring with them in 2016. Love will earn $24 million this season and is signed through the 2022-23 season.

At the age of 30 - with a long injury-history, it is doubtful if Danny Ainge would seriously look at Kevin as a potential addition, but nothing is ever out of the question for the Trade-Mogul. We invite our readers' thoughts and comments.