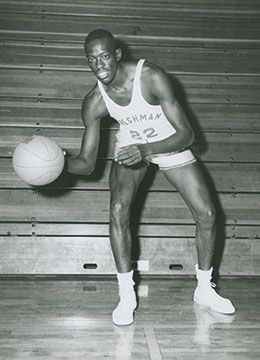 To the ears of a young or even middle-aged Celtic fan, the name conjures up images of a distinguished and meticulously articulate gentleman – that middle-ager might even picture the ever-present bow-tie that this man was sporting long before it became stylish. 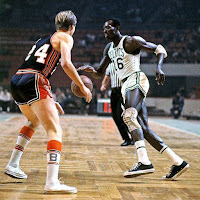 The eighth selection in the 1960 NBA Draft, a sleek 6’6” cornerman out of New York University, elicited chuckles at Red Auerbach’s training camp that fall – he walked onto the court wearing a pair of eyeglasses as well as a piece of protective padding affixed to virtually every joint on his body.

That chuckling, though, was but a distant memory the night of April 24, 1963. Minus the glasses and most of that armor, in what would be Bob Cousy’s final game as a Boston Celtic, the third-year forward contributed 43 minutes of play, 18 points (on nine for 14 shooting), seven rebounds and three assists towards the clinching the third of eight championships this basketball lifer would win in Celtic green.

But it wasn’t the stats that lifted Tom Sanders’s No. 16 into the Garden rafters – it was his defense. In the words of former player and basketball historian Andre McCarter:


What made Mr. Satch Sanders a great defender is that he made sure someone like Elgin Baylor worked harder and played at his highest level to get that 30 points where he would have had that 40 points with ease against other defenders. Those small forwards who were not Elgin Baylor didn’t want to see the focused defender Satch Sanders.

After his playing days, Sanders would try his hand at coaching, first quite impressively with the Harvard Crimson then heroically if not so successfully with the C’s during their pre-Bird down days.

Shortly after that fiasco, he found his niche working with the NBA and the sporting community at large. Tom “Satch” Sanders was inducted as a contributor to the Naismith Hall of Fame in 2011. 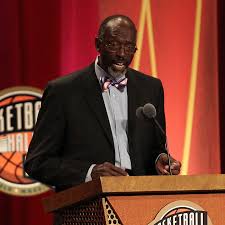