In a heavyweight matchup at the TD Garden Friday night, Kyrie Irving dropped 43 points, including 19 in the fourth quarter, to lead the Celtics to a 123-116 victory in overtime. 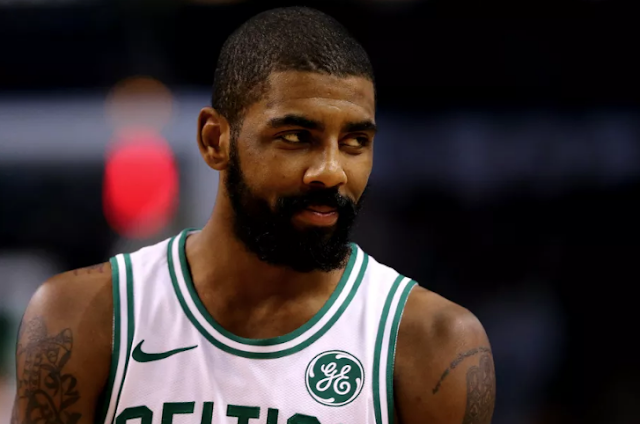 Kyrie was electric all night:

Kyrie is on another level tonight, folks. 🔥🔥🔥 pic.twitter.com/d0WN6EM50E

Second-year stud Jayson Tatum contributed 21 points for the Celts including a number of key buckets in the fourth along with this throw down:

Gordon Hayward, who has had a rough going to start the season, added 15 points along with five rebounds, four steals and five assists to help secure the victory. Hayward hit two key free throws with 24 seconds left in the fourth quarter to force overtime while adding a big bucket in the extra session:

The Raptors were led by Kawhi Leonard who scored 31 points on 11-of-25 from the field, while grabbing 15 rebounds.

Boston improves to 9-6 on the season and looks to add another victory on Saturday against the visiting Utah Jazz.

Rob Welch11/16/2018 09:59:00 PM
Share
Rob Welch
I have been a die hard Celtics fan since birth, even though I don't really want to talk about the ML Carr/Rick Pitino Eras but I will if necessary.
Newer
Older