We know the results of the infamous Celtics/Nets trade. We have Marcus Smart, Jaylen Brown and Jayson Tatum via draft and Kyrie Irving via trade. And former Nets GM Billy King is gone from his former team and looking to get back into the NBA. 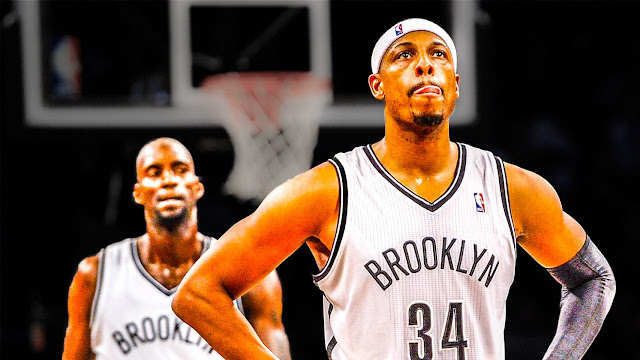 King wears that infamous trade like the Ancient Mariner wore the dead albatross around his neck. And the bad smell from the trade worsened with each high draft pick taken by Boston.

Ah! Well a-day! What evil looks
Had I from old and young!
Instead of the cross, the albatross
About my neck was hung.--

From The Rime of the Ancient Mariner
by Samuel Taylor Coleridge

An albatross can be a metaphor for a psychological burden that feels like a curse. To Billy King, that fits (per SI's Chris Mannix):

King owns The Trade. “I was the GM,” King said. “I’m responsible.” Certainly there was pressure. Mikhail Prokhorov, the Russian billionaire who installed King into the job, was hell bent on winning. He declared Knicks fans would soon be Nets fans. He said the Nets would be champions by 2015. He authorized King to spend gobs of money and demanded immediate returns.

The timing bothers him the most. Boston and Brooklyn agreed to the deal early on draft night, and King and his team spent the rest of the evening convincing Garnett to commit to playing for them. “I should have said, ‘Give me a day to think about it, let’s talk in the morning,” King told The Crossover. “I should have regrouped everyone, and gone through it again. I should have told Danny, ‘Give me a day.’ I probably would have revamped it. I should have said, ‘Look, Danny, everything looks good. Let’s finish the draft and let’s talk in the morning.’ That’s one thing I would have done differently, for sure.”

The SI article tells as much about the negotiation savvy of Danny Ainge as it does about King's dealing expertise (or lack thereof), the timing of the deal or Prokhorov's heavy hand. Danny lands Kevin Garnett in one major coup and deals him in the trade-of-the era. Makes us understand why rival General Managers are reticent about calling him.

We can be thankful Billy didn't ask for another day to think things over. We may have lost one of the four picks, and my guess is it would be the 2017 swap that netted Jayson Tatum. So Boston netted (no pun) Tatum, and Billy wears the dead sea bird. And the stink just won't go away. One bad trade - one so one-sided that the entire League can't forget it. Here's hoping Billy King lands another NBA position. Time to ditch the albatross.