Gordon Hayward played team-high 39 minutes in Celtics win over Raptors, and he loved it


In last night's Celtics 123-116 overtime win over the Toronto Raptors, Gordon Hayward played a team-high 39 minutes and notched a team-best plus/minus of +18. He scored 15 points on 50% shooting from the field, while adding five rebounds, five assists and four steals. And he was on the floor for the finale. It was a great night for him. 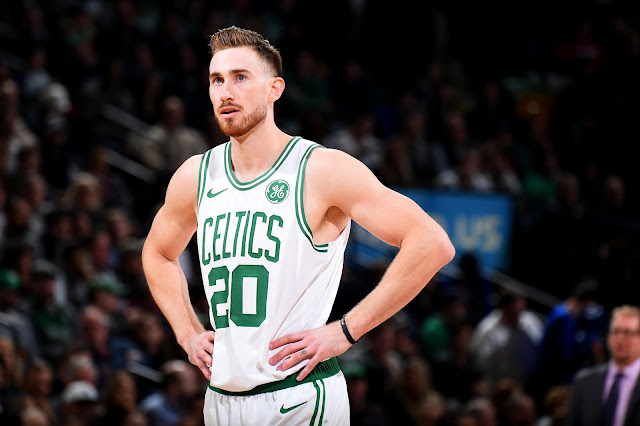 Gordon was 6-of-6 on free throws, some of which were crucial to the victory. We are really starting to see the Hayward that came to us in free agency, and his naysayers will be silenced, at least for now. His shooting and defense had both been a bit off in previous games, but not in this one. And this game was very important.

It will be interesting to see if Brad Stevens plays Gordon tonight in the second game of back-to-backs. Since it is the Utah Jazz coming to town, I believe he will be out there.

#Celtics Brad Stevens: We don't need Gordon Hayward to score 30 points a game. We need him to be a jack of all trades. If he can score 15 points on 8 shots like tonight that's great.

Jack-of-all-trades is the prime reason Stevens and Danny Ainge coaxed Hayward to Boston. I consider him the Celtics most versatile player. He does everything, just as he showed last night. Would be nice to see it again tonight versus the Jazz.