Brad Stevens to his players: "The game honors toughness"


The Celtics loss to the Jazz last night at TD Garden was a tough one. Utah has now won the 2-game series against the Celtics, and there are plenty of high-fives by Jazz fans. You know, the ones that booed our Gordon Hayward so badly. I will be honest! That is what bothers me the most. 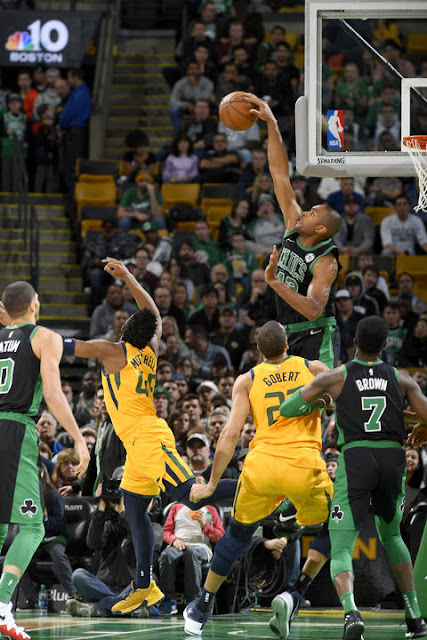 That's not all. Donovan Mitchell, the guy that every occupant of Utah feels will be better than Gordon Hayward, had a great night. He played a team-high 35 minutes - was lead scorer with 28 points on 48% on field goals and 42% on threes - added three rebounds, six assists, three steals and one block. Hell, he even invited a young fan onto the parquet. He probably gave the game ball to a homeless guy. I couldn't hate Mitchell if I tried. That makes it worse.

There is more. Jae Crowder? Remember him? Tough former Celtic who took down Hayward in the first five minutes of the Celtics 2017-18 season. Well, he had the highest plus/minus for the Jazz with a +19.

Speaking of toughness, the Celtics don't have it - not so far. Allowing opponents to exert their will on Boston is one thing. Doing it on Boston's home court is another (per NBA's Taylor C. Snow):

“At the end of the day, you build confidence through doing hard things over and over and over,” said the coach (Brad Stevens). “Because that’s your focus. That’s your intent. Your job is your focus. You know what you’re supposed to do. You perform every assignment, you do it physically, you do it tough, and then all of a sudden, the ball goes in. It’s just kind of funny how it works.

“I had an old friend that was one of the best NAI coaches ever and coached for 34 years in the state of Indiana, and his phrase that his team used was, ‘The game honors toughness.’ And boy, is that true.”

On their own, my Personal Training clients will gravitate towards exercises they like - which also happen to be those that are the easiest and have the least benefit. I preach, and practice, doing the most-difficult exercises, such as pull-ups, because you need mental toughness to perform them and physical toughness to improve on them.

"If you don't do the tough things, even the easy things seem difficult! It's all relative." --- Tom Lane

It is time for the boys to get going. Some of them are taking partial plays, or even entire plays, off. That is what gets an opponent some momentum. Brad Stevens brought the subs in when the game got out of hand. There will be a few more tweaks. Toughness doesn't return in a day. But it needs to come back - and soon. Basketball - and life - honor true toughness.