Anthony Davis reportedly "very much in play" with Cs - but is he really?

Once again, whispers of an Anthony Davis-to-the-Boston-Celtics possibility are making the rounds, and while particularly attractive, I suggest we consider the source.

The origin of this iteration of BROW2BOS is a contentious source, so take it with a heaping mound of salt. 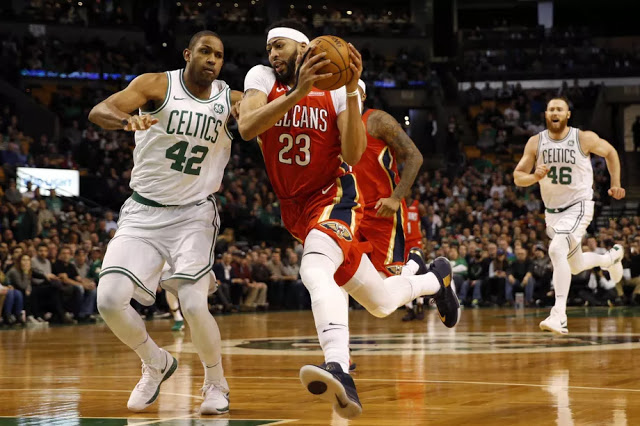 This sportswriter, GetMoreSports' Chris Sheridan, has relied on reports from "sources" of questionable origin for quite some time. Sometimes, as when he called LeBron James' return to Cleveland, those reports pan out; his detractors note if you throw enough stuff out there, you'll get at least some of those calls right.


Every four years Chris Sheridan climbs out of hibernation. If he sees his shadow, he claims it's a source
— Justin Rowan 🇨🇦 (@Cavsanada) June 18, 2018

The article in question that sparked this latest version of Davis-Celtics ties refutes a non-existent narrative of The Brow being virtually certain to join the Los Angeles Lakers next season, but the Cs are "very much in play", as well.

The star player of the New Orleans Pelicans is under contract with the team until the season beyond next, with a player option a season beyond that. Sheridan notes this is the case, but presents nothing other than an unnamed source "with intimate knowledge of the inner workings of the NBA"  for us to believe something literally no other sources are breathing a whisper about, at least yet.

It's certainly possible that Sheridan has the inside track on this, but for me personally, this feels like throwing spaghetti at the ceiling until it sticks - what do you think about Sheridan's intel?