Hey, it happened last season. At halftime in Philadelphia, a 76'ers fan yelled "Kyrie. Where's Lebron?" - to which Irving replied, "Suck my d--k!" The Celtics went on to win that game and the next 15 contests. We are hoping for a repeat. 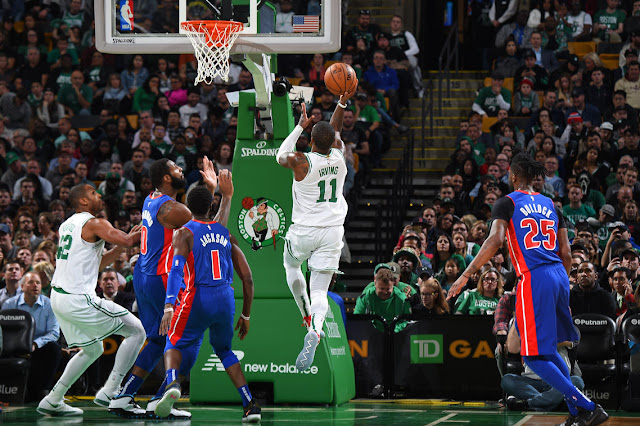 The latest obscenity from Little Mountain - or as we know him, Kyrie Irving, came before Thanksgiving of this year when the subject of the holiday was broached. Kyrie has the blood of the Standing Rock Sioux Tribe running through his veins, and his response was the following.

Kyrie Irving's mother was a member of the Standing Rock Sioux tribe and won't be participating in the festivities today. pic.twitter.com/Afx8huyZEc

The Celtics played the Atlanta Hawks last night and won the game handily. They take on the Dallas Mavericks this evening, and the team would love to see another 16-game winning streak - or even a 3-game winning street. The way things are going for the Celtics, a two-game streak might suffice. We will see if the power of obscenities works once again.