A year later than expected, Gordon Hayward returns to Utah


Tonight, Gordon Hayward will face his former team, the Utah Jazz, in his first game against them since leaving in free agency the summer before last. 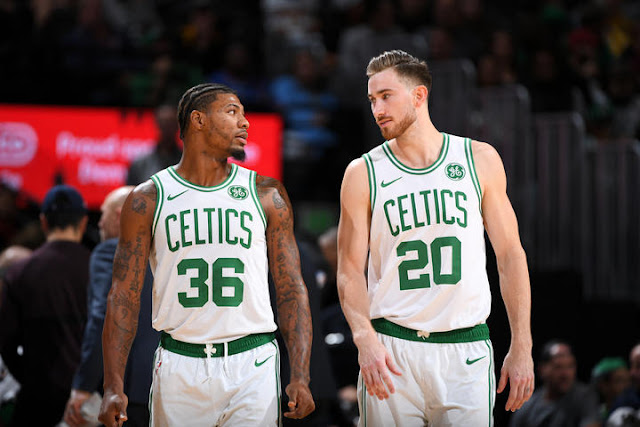 While it's not just any game, the playing field is vastly different than when he left; on Gordon's end, a year of recovery tinged with the frustration of not being able to help the team he chose. On the other side, the team he left hasn't just moved on, but done well in his absence.

This is not to imply that Hayward feels (or I think) that he made the wrong decision - Gordon did what's right for Gordon. As Kyrie Irving said, (per the Athletic's Jay King):

"If anything he gave (seven years) of his career trying to be the best he could in Utah and I give him credit for that. And he made a decision in his career, and in his life, for his family, to be better. I’ll leave it at that."

After a year of ups and downs, Hayward is finally ready to return to Salt Lake City, even if he's not fully recovered from the injury that had him sit all but five minutes of last season. Tonight, we'll see just how both sides really feel about a breakup Jazz General Manager Dennis Lindsey described as (per ESPN's Adrian Wojnarowski):

"We're both showing up to the prom with another date. We're all doing well, but we're standing around the punch bowl sort of awkwardly looking at each other."

Frankly, I don't much care for the drama - I just hope these punch bowl aficionados manage to take it to the cup.