The Celtics lost to the Raptors 113-101 last night - newly-acquired Kawhi Leonard looked unstoppable - Al Horford had close to a triple-double - but the real story was the improved play of Kyrie Irving and Gordon Hayward. In Boston's first regular season game versus Philadelphia, the duo scored a total of 17 points on 6-of-26 from the field and 2-of-11 on treys. The cobwebs from their injuries last season were evident. 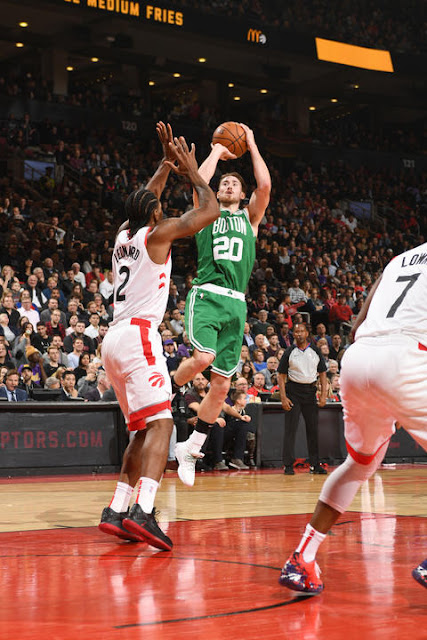 Despite the loss, Kyrie and Gordon looked much-improved in this game. Gordon scored 14 points on 6-of-13 from the field, in addition to seven rebounds, two assists and a steal. Kyrie notched 21 points on 50% from the floor and added four boards, six assists while only turning the ball over one time. Irving played 35 minutes and his energy on offense was badly needed, but it just seemed that there was no rust at all on Kawhi, who had 31 points and 10 rebounds - his second double-double (24/12) in a row. Nice showings considering he missed most of last season. His team now has a 2-0 record to Boston's 1-1.

The Celtics just seem to have trouble winning over the border. And at least in the regular season, Leonard's presence in Canada won't help Boston's cause (per NBA's Ian Harrison):

''No matter who Kawhi was against, Kawhi was doing well,'' Celtics coach Brad Stevens said.

Leonard scored 15 of his points in an explosive third quarter, making 5 of 7 from the floor and 5 of 5 at the free throw line.

Lowry scored 15 points, Danny Green had 14, and Fred VanVleet 11 to help the Raptors win for the 11th time in 12 home meetings with the Celtics, including the past seven in a row. 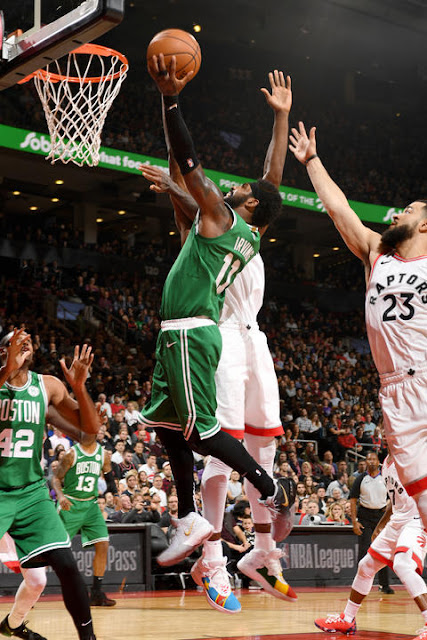 Kawhi was the spark in Toronto's win, but Boston's bench just didn't come through for this one. They shot a miserable 8-of-28 on field goals, with Marcus Morris being the only substitute with any hint of accuracy (3-of-7). But Kyrie is back doing his magic act with the ball, and Gordon looks terrific considering this was only his second regular-season game back from injury. The Celtics need to find a cure for their over-the-border malady.