The 4-0 Pistons face the Celtics tonight - Is Detroit for real?


After four games, the Detroit Pistons are undefeated, and it comes as a bit of a surprise. The 4-0 Pistons are matched up against the 3-2 Celtics tonight, and we get to see if their perfect start is a fluke. 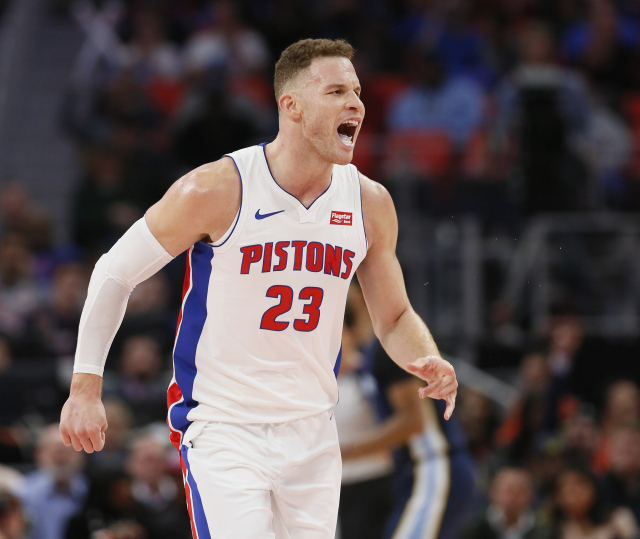 Everything in Motor City basketball starts with Blake Griffin. He runs the offense - leads the team in minutes (37.2), points (33.8) and assists (5.0), while coming in second in rebounds to Andre Drummond with 11.0 per game. Blake is proving a tough cover for opponents (per DetroitNews.com's Rod Beard):

A healthy Blake Griffin has wreaked havoc on the first four opponents, but none more than his onslaught against the Sixers. The Pistons actively are seeking out defensive mismatches — and whenever they saw Dario Saric or Joel Embiid against Griffin, they isolated and exploited that matchup. The same happened against the Cavs.

Drummond is averaging a double-double with 18.5 PPG and 17.8 RPG. Guard Reggie Jackson's role has changed from point guard to shooting guard, where he launches a lot of shots from beyond the arc and hits them at a 40% clip. Guard Luke Kennard is out with a shoulder sprain for a few weeks, and rookies Bruce Brown and Khyri Thomas may possibly see some increased floor time.

Coach Casey has our Quote of the Night presented by @Jeep. #DetroitBasketball pic.twitter.com/lvrKmu8bEK

We all remember former Raptors coach Dwane Casey being fired by Toronto, being named NBA Coach-of-the-Year and signing with the Pistons over a period of a couple of months. He is off to a good start, but some in Detroit are skeptical if the success can be maintained. One criticism is the overuse of the injury-prone Blake Griffin.

Griffin averages 37.2 minutes per game, and those are active minutes. The fear is that he will break down and the team may falter. With Blake's history, that fear may be well-founded. Tonight will give us a clue if the 4-0 start is truly a sign of good things to come for the Pistons - or simply a fluke.