Kyrie has reportedly talked to Anthony Davis about playing in Boston


Don't get too excited, but Kyrie Irving has reportedly been speaking to Anthony Davis about playing for the Boston Celtics.

The potentially-explosive snippet of news, reported by the Athletic's Jay King (subscription required), could be anything from dead-serious plans to recruit the New Orleans Pelicans star to a conversation had in passing while playing together in their USA Basketball roles; without further detail, it's impossible to say. 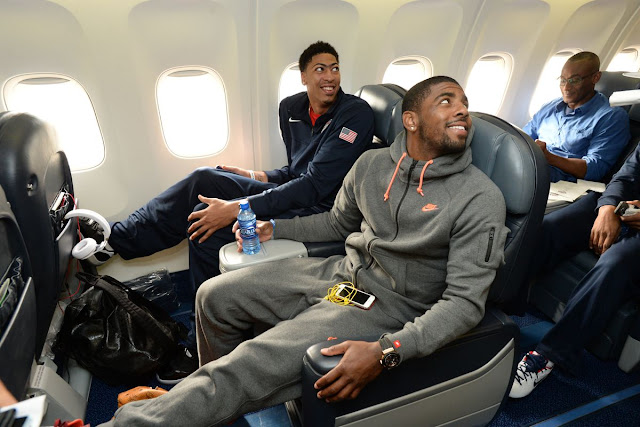 Davis recently signed with Klutch Sports (the agency known for representing LeBron James) as he heads towards his own potential free agency in the summer after next, raising speculation on whether he might turn down the Pelicans' Supermax offer, which he will qualify for.

For now, this new wrinkle coming on the heels of Irving's announcement of his intent to re-sign with the team shouldn't have anyone thinking a deal bring Davis to Boston is going to happen any time soon, but for supporters of such a move, the likelihood probably just jumped from "almost impossible" to "slim".