Always the unsung hero, Al Horford close to triple-double in loss to Raptors


Al Horford is one player that seems to almost force attention away from himself, making it easy to minimize his contributions. But Celtics fans and CelticsLife readers know his value. The following via one of our readers, Swissflix:

swissflix •
I think Al Horford was once again the unsung hero. He just kept the boat afloat with his shooting and his defense. He also makes up for many defensive mistakes others commit, especially when it comes to switching. 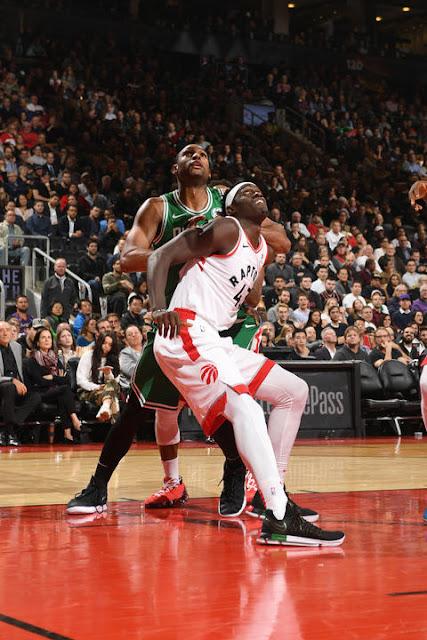 Al stats last night told most of the story - but not all of it. He played 33 minutes - scored 14 points - 5-of-12 on field goals - 3-of-7 on treys - 10 boards - nine assists - one steal - one block. On offense, almost everything goes through Al. He is The Director out there. But much Like Kevin Garnett when he was here, Horford seems to direct much of Boston's defense. "Makes up for many defensive mistakes other commit" is how Swissflix put it.

Al seems a lot like his coach, Brad Stevens. Don't praise either one too much or they will be embarrassed and throw their own plaudits in another direction towards someone else. Even as the senior citizen of Celtics Land, Horford seems to keep getting better. We need him here. Just watch the video another time to see why.