With three of four Boston Celtics NBA Preseason games available for your viewing pleasure on national media, it seems the Celts have a bit of a buzz about them.

And they ought to, effectively adding two All-Stars to a team that was minutes from an NBA Finals appearance.

Boston will face the Charlotte Hornets this Friday at 7:30pm EST at home, but if you don't happen to be in North Carolina (and with the flooding those folks are working through, I can't say I'd blame you, godspeed), you can catch the tilt on NBATV. 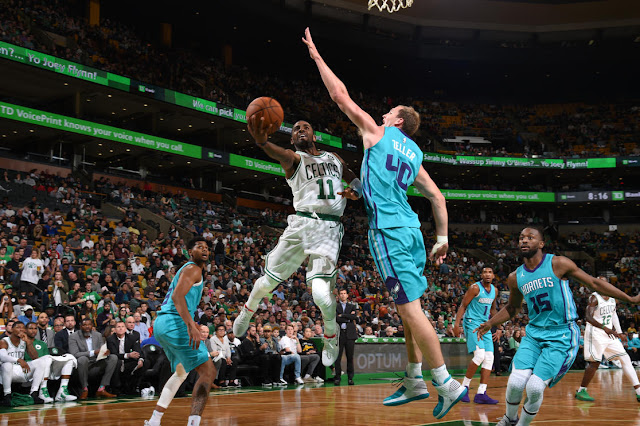 The Cs then face the Hornets at home September 30 at 6pm EST, which is the lone game not being televised nationally, though you can always get tickets to the game using the link at the top of the page reading "tickets", if you act fast.

After that, another home game on October 2nd at 7:30pm EST against the formerly-mighty Cleveland Cavaliers that you can also grab tickets to, or catch on TNT if you're trying to save a little cash.

The last game that doesn't count (but we're totally watching anyway) is an away match against the Cavs on October 6th at 7:30pm EST, and that'll also be on TNT for those of you not crazy about the idea of driving to the Q.

Basketball is back, y'all - I don't know about you, but I'm busy Friday night.