Celtics first-round draft pick, Robert Williams, showed up for the rookie photo shoot, and we have the tweet/photo to prove it. Still don't know if he made it on time, but he was wearing his #44 jersey. 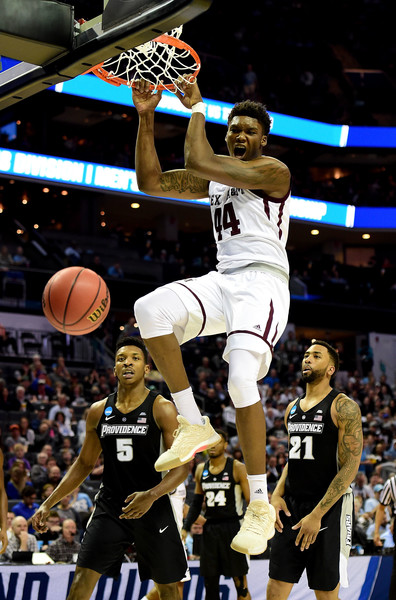 Celtics rookie Robert Williams here at the rookie photo shoot in New York and showing off his No. 44 jersey. pic.twitter.com/PfApDtbbfe

The jokes about being late - not showing up - will stop in a while, but for now they continue - and even Robert is joining in the fun.

Robert Williams said he just got a place right next to the Celtics new practice facility. “Two-minute walk, said Williams who laughed and added, “Can’t be late!”

I think we're going to like this kid, and I am looking forward to writing about his play on the court and not his tardiness. He landed with the right team. Imagine if he ended up with the 76'ers!