The good news first. No shocker here, but Greg Monroe is scheduled to sign a one-year deal worth $2.2 million with the Toronto Raptors. The bad news is roughly the same - that Greg is signing a contract with the Raptors. 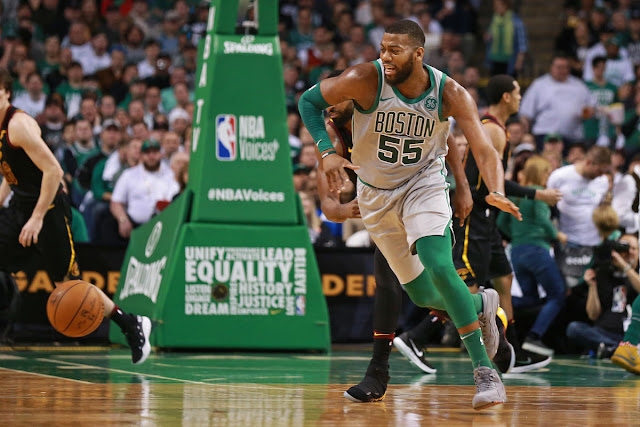 Monroe has skills, and Danny Ainge knows that all too well. Greg had a history of being a significant menace when he faced Boston. After Greg was waived by the Suns last season, Ainge didn't hesitate to pick him up. The move may have been as much to keep Monroe out of rival hands as to bolster the Boston bench.

Monroe is signing a one-year, $2.2M deal with Toronto, league sources said. The veteran center is joining a contender in the Eastern Conference. https://t.co/oLrtvPV6IQ

Monroe is slow on defense and is certainly not a rim protector. But he can score down low - is a strong rebounder - and can pass the ball out of the low post. His triple-double with Boston against the Bulls on April 6, 2018 is testament to that. He had 19 points, 11 rebounds and 10 assists.

defense aside, if the 2nd unit could shoot or throw an entry pass, moose would have had 2-3 more asts and 6-8 more pts a game. but at end of season he couldn't throw it in the ocean, not sure what happened there

Toronto has the cast to give Boston headaches on their way to the NBA Finals, and Monroe's addition certainly doesn't weaken the team. I love the fact that Greg found a home, but did he have to go to Canada? Now we have to worry that in a critical playoff game, the Moose will be turned loose and do a number on the Celtics down low. Toronto? Really? Why did he have to go there?