He won't be able to wear his late second cousin's (Reggie Lewis) #35 (retired), but P. J. Dozier will join the Boston Celtics on a two-way contract. 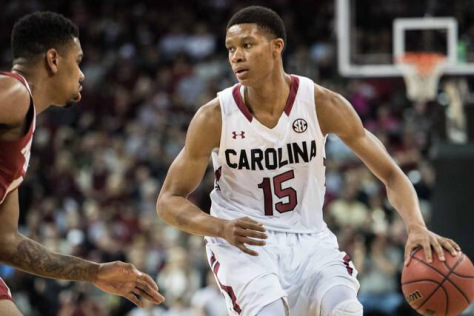 Dozier played at South Carolina and went undrafted in the 2017 NBA draft. The 6'6", 205 pound wing played for the Thunder on a two-way contract, and he has now joined the Boston Celtics on the same type of deal.

Additional information on P. J. can be found in the video below, but it is noteworthy to mention that he played for some time in high school with a torn ACL, stating that it did not seem to hamper him that much. That may bode well for his potential level of toughness in the NBA.

The @celtics have signed PJ Dozier to a two-way contract, a league source tells Sporting News.

Photo via Sean Rayford and the State
Video via Tomasz Kordylewski