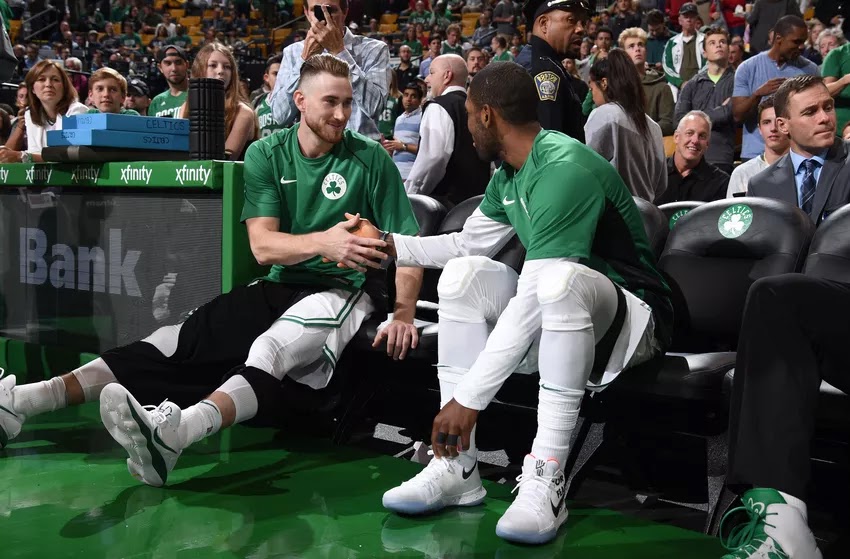 Entering the dog days of the NBA offseason is always a tough pill to swallow. All of the draft night excitement, trade buzz, and free agent recruiting is behind us as fans are left looking ahead at a blank basketball calendar. The only NBA news I've seen lately is an update on Blake Griffin's child support payments, J.R. Smith getting a Supreme tattoo since he can't wear their leg sleeves in games, and Cavs fans planning a parade for Tristan Thompson after he allegedly punched Draymond Green.

While this is all highly entertaining stuff, it doesn't make up for the lack of true NBA games or roster moves. If you ask me, August is the worst month of the year for basketball fans. However, there's now a light at the end of the tunnel with the league releasing their preseason schedule.

The Celtics play four games total for the preseason, spanning from September 26th through October 6th:

Who's ready for preseason? #CUsRise

You can catch all four games on @NBCSBoston & @985TheSportsHub pic.twitter.com/WCsgyZNEPt

Since we are in August now and this year's preseason starts so early, we can officially say the Celtics will suit up next month (although, yes, it's actually a lot closer to two months).

Oddly enough, the league has been starting preseason earlier and earlier. This is the fourth straight year in which Boston's first preseason game has been earlier in the calendar year:

Hey, it may just be preseason hoops, but at the very least it's a sign that we are inching closer to opening night on October 16th when Boston and Philadelphia will have a chance to renew last year's bad blood from the get-go. Plus, if you need some other incentive to get a little excited, Kyrie Irving will be playing his former Cavalier team twice, and Gordon Hayward will be returning to the same hardwood that cost him his season last year.

Get hyped guys, preseason is on the way.