Big Baby's Davis' stint with the Boston Celtics is in the past, but his return to Boston at TD Garden was memorable and a lot of fun for him. 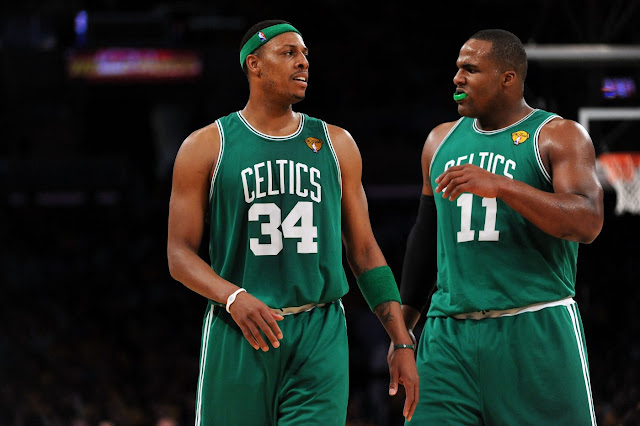 Davis took the court at TD Garden on Friday night, this time as a member of the BIG3 team, Power, coached by Nancy Lieberman. Davis and his cohorts won the game over 3 Headed Monsters 51-40. Cory Maggette led Power in points with 16, while Big Baby added 15 points and Chris "Birdman" Andersen notched eight points, four boards and one block.

Big Baby & Power are all smiles after taking the No. 1 spot in @thebig3. pic.twitter.com/NJxXMmDRku

Reggie Evans led the Monsters with 23 points and 11 rebounds. Mahoud Abdul-Rauf, at an amazing 49 years of age, had a solid line of 13 points, two rebounds, three assists and two steals. Readers may remember Mahoud as a 9-year NBA vet with the Nuggets, Kings and Grizzlies. He was one of the top free-throw shooters ever in the NBA, ending his career with a 90.5% average from the charity stripe.

“This is so much fun” pic.twitter.com/YuQyjF0Mhx

Glen (yes, that's his given name) has some extra weight on him and is not the quickest guy on the court, but his basketball skills remain. The BIG3 is all about entertainment, and it certainly is a wonderful format for Big Baby's gregarious and likable manner. We wish him well in the BIG3 competition and in all his endeavors.