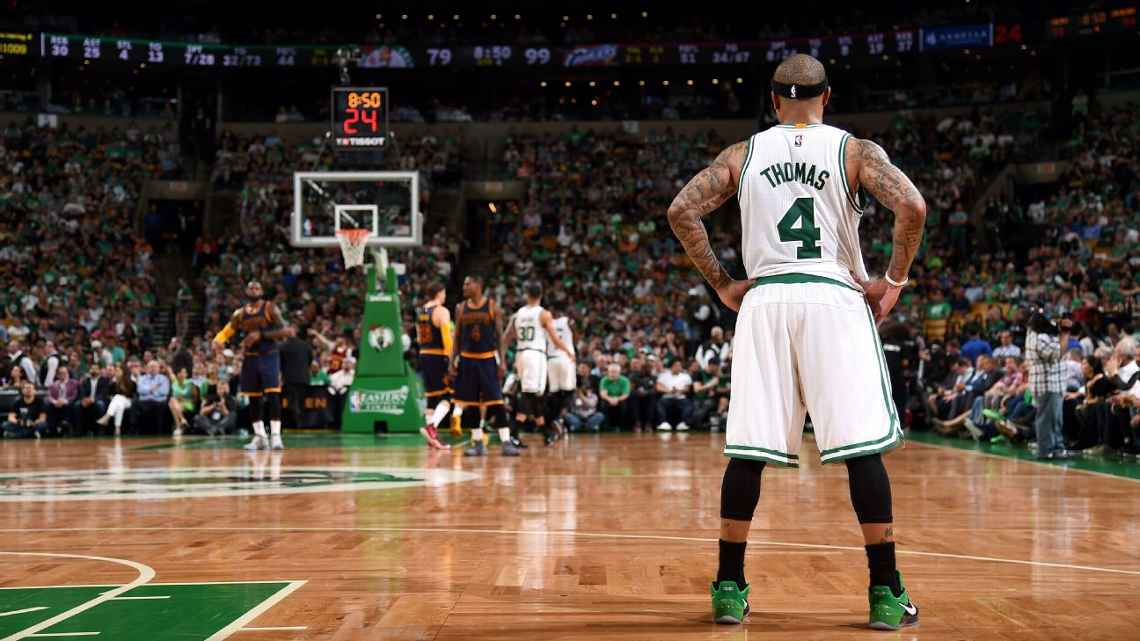 This was supposed to be the summer where Danny Ainge was backing up a Brink's truck to Isaiah Thomas' front steps to keep him in Boston. Instead, following a hip injury that seems to have front offices turned off, IT only had one true offer - a fact that he calls "disrespectful" - to join the Denver Nuggets on a one-year, $2.4 million deal.

Woj sat down with Isaiah and talked about a number of things, many of which were still drawn back to his connections to Boston. But what stands out the most from their conversation is how IT reached out to Ainge about a potential return to Boston:

Before finalizing the agreement with Denver, Thomas had reached out to Boston GM Danny Ainge. They talked for 15 to 20 minutes, Thomas says, and he told Ainge: "If the opportunity is there, I would just like to let you know that I'd love to come back."

Ainge says his mind was open to the idea, but the Celtics needed to work through Marcus Smart's restricted-free-agency discussions before they could consider making an offer to Thomas. Ainge was willing to continue the conversation, but Thomas accepted the Nuggets' offer before Boston had reached its new deal with Smart.

Knowing that the Celtics likely could've gotten an Isaiah return (for very cheap, mind you) if they wanted to, I would guess that there are quiet a few fans upset with Ainge for prioritizing Marcus Smart over IT.

It was clear to Isaiah that this summer was no longer about the Brink's truck - it was about, once again, proving his worth. The one year deal with the Nuggets gives him a great platform to show that he is as healthy and skilled as ever, while contributing to a team that is a playoff-hopeful.