Is it time to turn Marcus Smart's shooting light from green to yellow?


Marcus Smart is back in the Celtics fold on a four-year deal, and we can breath a sigh of relief. We love him! We need him! And we never wanted to play against him! But a yellow light means proceed with caution, and that should apply to Marcus' shooting. 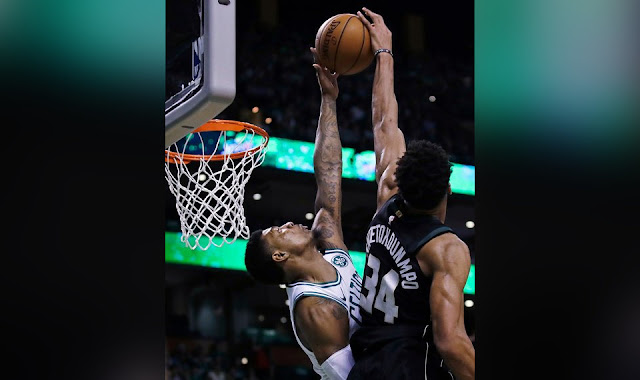 Every NBA team needs a guy like him. One of our readers once commented that he always felt a game was winnable with Smart on the court. Ditto! We expect Marcus to do the unexpected. Block a shot that looked unblockable. Rip the ball out of an opponents hands. Dive on the floor for a ball rolling out of bounds.

My biggest fear surrounding the possibility of not having Marcus back was the thought of the Celtics facing him as a fierce defender for a rival team. Here is Danny Ainge's thought on Marcus as teammate versus opponent (per Boston.Com's Chad Finn):

Danny Ainge has said that if he had the first choice among Celtics in a pickup game, he’d take Smart because no one ever wants to play against him. Granted, he may have last said that before Hayward, Irving, and Tatum were Celtics, but you get the gist. Smart is the pitbull you want barking on your behalf rather than snarling in your direction.

As many CelticsLife readers have indicated, the issue with Smart's play on the court is the green light he says he is given to shoot the ball. He simply doesn't make enough of those shots to warrant the supposed green light - which needs to be changed to yellow. The video below is from the TV series, Taxi, and portrays Jim going for his driving license - and asking what a yellow light means. It is hilarious and brief (one minute).

As evidenced by the top photo of Smart blocking Giannis Antetokounmpo at the rim, there is virtually no player he cannot guard, and he backs down from no one. He is the ultimate pest for any opponent he defends, as seen in his infamous confrontation with the Rockets James Harden, resulting in two quick offensive fouls against The Beard.

I love the three visualizations shown in this article - the Marcus/Greek Freak photo, The Taxi/Jim Ignatowski vid, and the Smart/Harden confrontation. But the point is that if a player is going to have a green light to let it fly, he had better have a shooting percentage at least in the low-40's. Maybe this season. Great to have Marcus back. I would have despised seeing him draw two quick offensive fouls on Kyrie Irving.