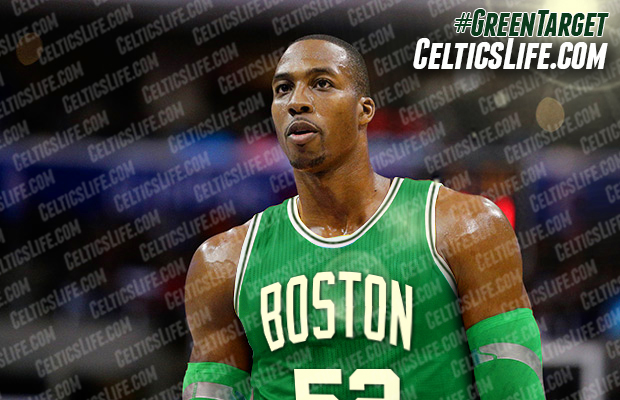 
Dwight Howard has reportedly begun the buyout process with the Brooklyn Nets, seeking to become a free agent this summer and in doing so, latch on with a title contender.

Several teams will vie for his services, including the Boston Celtics.

"I want to be in a situation where I have an opportunity to help a team win," Howard told ESPN’s Chris Haynes.

And while it remains to be seen what Howard will be looking for salary-wise from Boston, a chance to play for a title contender might be enticing enough for him to come to terms on a salary that the Celtics feel comfortable with going forward.

The addition of the 32-year-old Howard would provide Boston with one of the better defensive centers over the past decade, in addition to an upgrade scoring-wise at the position

While Howard put up solid numbers for the Hornets last year, he's become something of an NBA pariah of late. His game doesn't translate to today's NBA on the offensive end and there are concerns always about his attitude, whether fair or not. If Howard is willing to take the vet minimum he could replace Greg Monroe, who also doesn't fit into today's offensive game, plus isn't a solid defender. A lot will depend on how confident the Celtics are that they can afford to keep Aaron Baynes.

As crazy as it might have sounded a couple years ago, Baynes could likely be in higher demand than Howard and receive larger contract offers. Howard has made a ton of money in his career and could use a late career ring as a more supporting player to bolster his legacy. He would provide a spacing issue for the Celtics, but off the bench his positives could potentially outweigh those negatives. We'll keep you posted with any updates.