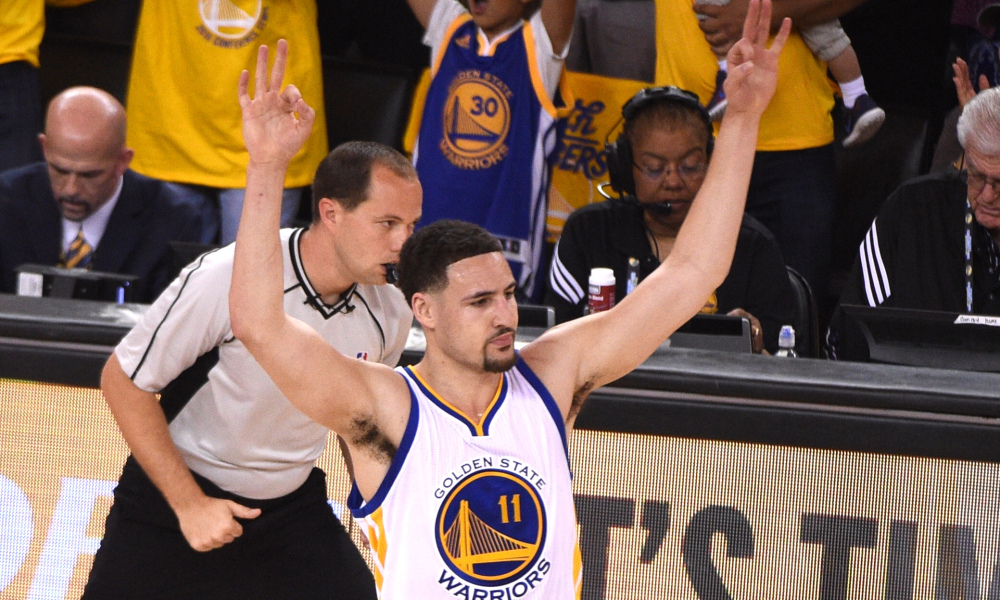 The Modern NBA – one of Space, Pace and Three-balls aplenty – was on full display this past holiday weekend during the league’s glitzy Game Seven Conference Final Showdowns.

The Celtics, Cavs, Dubs and Rockets combined to launch 157 three-pointers among their 321 total field goal attempts – essentially every other shot (48.9%). For Game 7, each of those four teams posted a usage rate for three-point shots (3PAr) in excess of .400, topped by Cleveland’s .530.

In an astounding five of this year’s 14 CF games, both squads posted a 3PAr above .400. (What’s so astounding is that, prior to this post-season, that had only happened SEVEN times in a playoff game – ever! The first sighting was in 2014.) 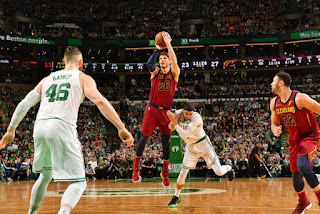 The NBA’s decades-long resistance to the long ball was not an inability to recognize that “3>2.” Rather it was grounded in the notion/concern that longer rebounds from longer shots put one’s transition defense in jeopardy – the way a turnover so often does.

Maybe the risk gets minimized when everybody’s doin’ it. No doubt, coaches have devised more efficient and innovative strategies to maintain better floor balance for smoother transition.

But it’s folly to believe that steady reliance on ICBM’s has become Risk-free – after all, 118 of those Game 7 treys last weekend were off-target.

The final 12 minutes to Boston’s season demonstrates the risk quite plainly. The C’s misfired on 10 treys, retaining possession three times with O-boards. On the other seven misses, Cleveland recoded three deuces, a trey, two trips to the foul line and a put-back – a grand total of ZERO Boston stops.

For the game, the Cavaliers took possession of 21 errant Boston treys and were stopped by the Boston defense just SIX times – a conversion rate of .714. (By comparison, Boston took possession of a Cleveland missed trey 24 times, but could manage only eight conversions.) 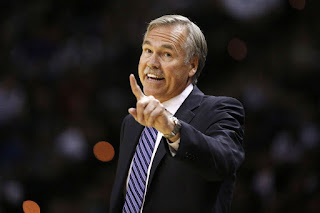 Of course, the “sports talk” regarding the three-ball all week has centered on Houston’s improbable – or should we see this kind of shit coming by now when a Mike D’Antoni team is involved? – stretch of over two dozen consecutive clanks. (Equally eye-popping is the 16 times the Rockets were able to maintain possession of their 37 total missed three-pointers.)

As for transition defense, GSW converted 11 of 21 subsequent possessions (.524), while the Rockets went 10-for-18 (.556) following a Warrior miss from Three-Point Land – not much advantage here, eh?

Now, even an “old fogey” like me knows the three-point shot isn’t going anywhere – except perhaps back eventually. Milestones are reached regularly. D’Antoni’s Rockets took more treys than deuces (a 3PAr of .502) this season, a first. In 2016-17, every team’s total of successful treys surpassed its total of missed free throws, likewise a first in league history.

A belt-notching triumph was definitely within the Celtics’ grasp as Sunday’s fourth quarter was winding down. Brad's boys had developed a kind of a habit of snatching victory from the jaws of defeat – often attacking the rim for a “two” and giving their gritty, Marcus Smart-inspired defense a chance to work its sound, fundamental magic.

The Minnesota Timberwolves qualified for this year’s playoffs despite being the league’s least-willing three-point shooters, dead last in 3PAr (.261). Four other squads from the bottom quarter of the 3PAr rankings also saw post-season action – Washington, Milwaukee, Indiana and San Antonio.

None survived the first round.

Worthy of note is that the T’wolves’ currently league-worst usage rate would have been above the league average as recently as the 2013-14 season.