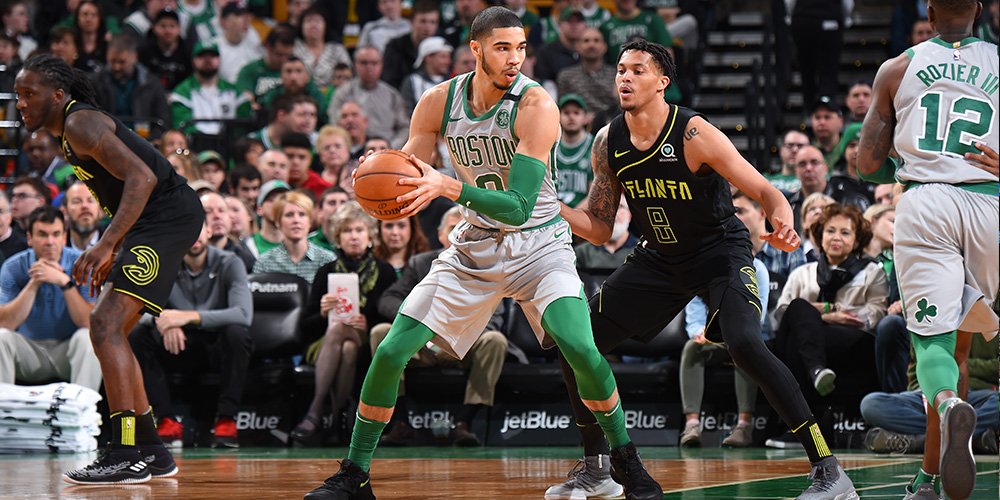 With Boston still reeling from injuries, they fought valiantly against a feisty but tanking Atlanta Hawks team. Unfortunately it wasn't enough as the Hawks proved to be a tough out and overcame a double digit deficit to take the Celtics down in Boston.

The first half of the contest was more of a back-and-forth affair than most expected. Taurean Prince for Atlanta led the way with 15 first half points including 3-3 from the three point line and 6-7 from the floor. Al Horford really started to percolate for the Celtics in the 2nd quarter and the ball movement by the Cs was a thing of beauty. Terry Rozier, Greg Monroe, Al Horford and Shane Larkin all took care of the play-making and ball-handling duties and Boston found itself finding the open guy with ease

For the Celtics, HOrford finished with a team high 14 points and 6 rebounds in the first half. As a team, the Celts shot 53% from the floor and had 18 assists in total, keeping up their great passing from the previous night against Chicago.

In the second half, Boston came out and tried to extend their lead over Atlanta, but the Hawks started to catch fire from beyond the arc. Threes by Tyler Dorsey and Taurean Prince made it a one point game at 76-75 before a Greg Monroe shot put the Celtics back up by three. Boston got a nice dunk from Jayson Tatum and a Rozier jump shot to make it 82-76 at the end of the third quarter.

The fourth quarter saw Boston extend its lead a bit but Atlanta managed to fight back into the game. Damion Lee hit a couple big shots for the Hawks and while Semi Ojeleye hit a couple three pointers as well, it was Taurean Prince who scored 8 points in a row to get the Hawks within four at 99-95 with just over 6 minutes remaining. It seemed as if Boston was going to be in a lot of trouble once Mike Muscala hit a three pointer and got fouled which tied the game up at 99-99, however both teams traded buckets and after a Jonathan Gibson shot, the game was tied at 106-106. However, Boston failed to score again in the game as Dewayne Dedmon and Isaiah Taylor closed the game out with a dunk and a bucket.

Tough loss for the Celtics as Jayson Tatum had a team high 19 points. Terry Rozier finished just shy of a triple double with 10 points, 9 assists and 8 rebounds. Greg Monroe had another great game off the bench for the Celts with 17 points and 4 assists. For the Hawks, Taurean Prince was a revelation with 33 points including 7 three pointers. Atlanta as a team hit 15 three pointers.

Next up for the Celtics (54-26) is a visit to the capitol with a matchup against the Wizards on Tuesday night. Tipoff is set for 8:00pm E/T.