Why are the Celtics blowing so many leads and how can it be fixed? 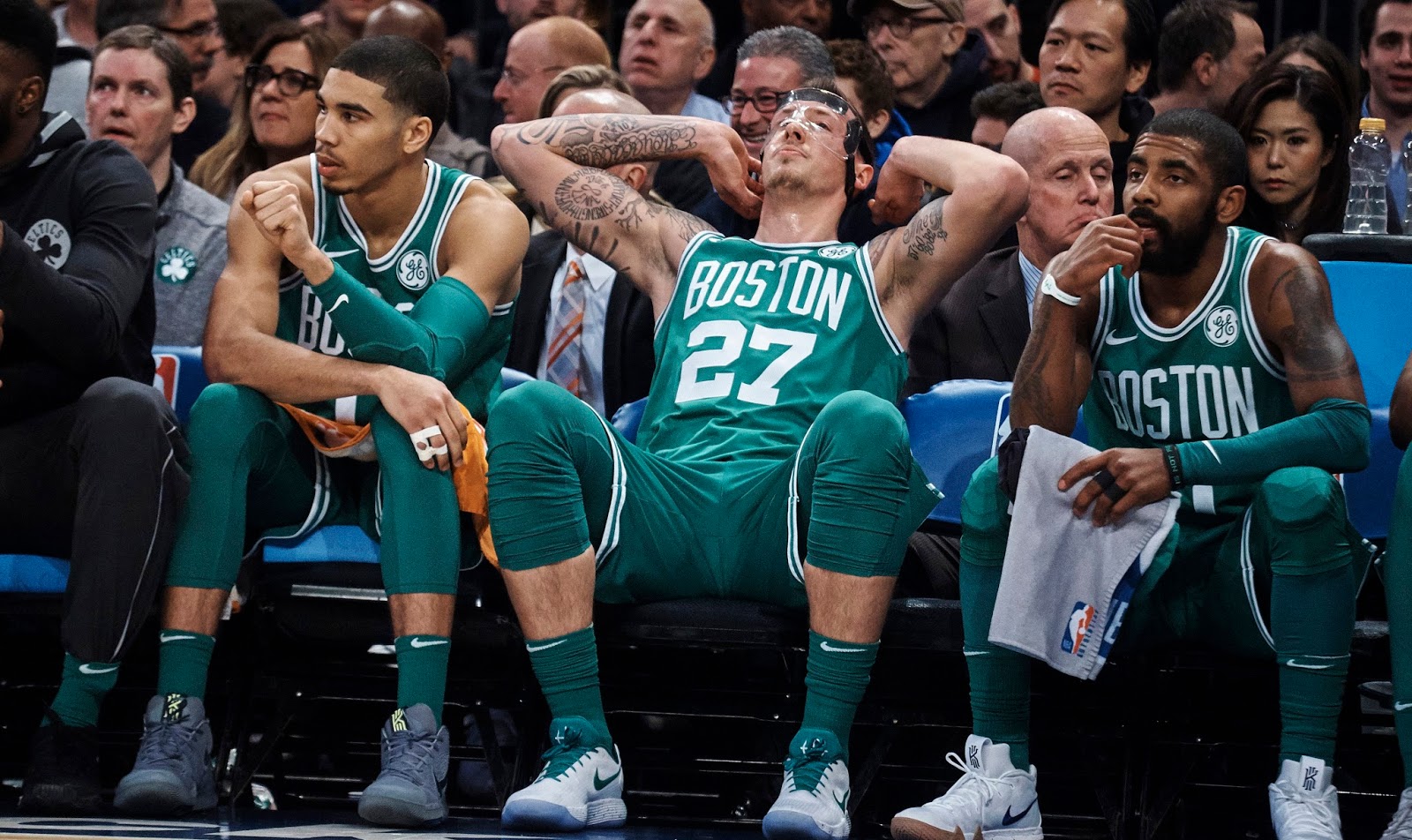 As head coach Brad Stevens will tell you on a daily basis, this Boston Celtics team is still a work in progress. Although they're nearly halfway through the season already and own the most wins in the NBA (tied with Golden State), Boston still has a lot of things to fix moving forward.

Nothing underlines this more than the number of games where Boston has blown a lead. It feels like every 20-point lead they build completely evaporates through the rest of the game until it's another down-to-the-wire finish.

It's not just blowing leads that is frustrating to C's fans, it's holding onto any sort of lead they have. Believe it or not, their win over the Charlotte Hornets on Wednesday was the first game all season where they were leading the whole time. For a 28-10 team, that's very surprising:

That’s Boston’s first wire-to-wire win of the season … even though they made it difficult by letting a 20-point lead get down to 1.
— Chris Forsberg (@ESPNForsberg) December 28, 2017

They've had twice as many wins decided by five or fewer points (six) than they've had 20-point blowout victories (three). In addition, no other team has played as many games that are considered to be "in the clutch" as the Celtics have, meaning it's within five points with less than five minutes in the game. Boston has played in a league-leading 24 such games.

The initial blame falls on Boston's lack of depth. Tom Lane recently magnified the Celtics' questionable bench scoring and the need to add another piece to come in with the second unit, a very real concern for this team. The bench currently scores 30.6 points per game, just the 23rd most (or eighth fewest) in the league. That's pretty bad to begin with, but what makes it even worse is their shooting. Out of all 30 teams, Boston's second unit is dead last in shooting percentage, with an inefficient 38.1% mark.

Without Marcus Morris suiting up, this bench scoring has been a bigger issue. Coach Stevens has attempted to balance out minutes by resting starters early in games to play with the second unit. He's most recently been doing this a lot with Al Horford. Still, this often spreads Boston's line of attack out very thin and leaves opportunities for opponents to scratch back into games.

Not to mention, while Morris is sidelined, four of Boston's five bench players are rookies. Albeit they've been holding their ground fairly well (considering they're unknown rookies), it will take more if the Celtics are serious about contending this year. Getting a veteran scorer off the bench would, theoretically, help them hold leads much more effectively. There are definitely some options out there for Danny Ainge to address the depth.

The Clippers are on the decline this year, perhaps leaving former Sixth Man of the Year Lou Williams available. Will Barton on the Nuggets would be a nice piece off the bench for Boston if Denver is looking to deal him. Or how about Nikola Mirotic, whose offense has sparked Chicago's whole season to take a turn for the better. These are just some of the names that could be available for Ainge to add to the bench.

One could also argue that fatigue is playing a role in blowing leads. Boston plays their 39th game tonight - three more than any other team in the league. Get this: the Celtics have never played this many games before New Year's Eve in any season before. The wear and tear of this playing schedule could leave players extra tired late in games, resulting in blown leads. In this case, the problem will (ideally) fix itself over time as the Celtics' schedule starts to slow down and include more off days.


Do you see the Celtics' trouble with keeping leads related to their lack of depth? If so, who would you like to see in Boston green to address the problem?