Who are the keepers? - what's in the cards for the Celtics - Part 2 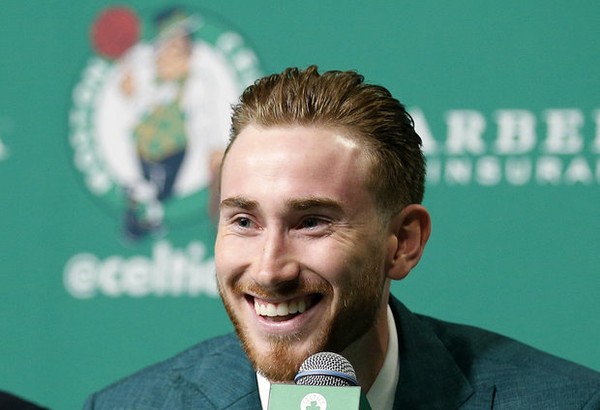 The NBA is close to mid-season, and the trade deadline is 3:00 PM (Eastern Time) on February 8, 2018. The Celtics Danny Ainge has gained notoriety as an active and aggressive trader, so brace yourself. Whatever happens, I see four players that I would tab as keepers, if any such category exists in Danny-Land.

Gordon Hayward: There are certain moves that even Danny wouldn't do, and trading a much-sought-after, versatile star who wants to be here and goes down several minutes into his first regular-season game definitely is in the wouldn't-do category. Gordon is the type of player that just fits into the Celtics' system. He can play at least three positions and guard four. He can score points, rebound, defend and distribute. He has a great attitude and is a fine teammate. What else do you need to know?

Kyrie Irving: Kyrie didn't seem to fit the Celtics mold. Undersized by an inch or two by Celtics standards and not the best reputation as a defender, but he is a superstar and has proven his value to the Boston team. He is a magician with the basketball and can score in a variety of ways. He is almost unstoppable. As the team is structured right now, he is invaluable.

Jayson Tatum: What more needs to said about Tatum? His play has been far beyond what anyone expected. He has youth, talent, length in addition to a great attitude and willingness to fit into a system that does not fully utilize his talents. His ceiling appears to be very high, but nobody know how high. On a weak team, his numbers would rise significantly. Jayson is the type of player you don't let go.

I suggested to @smart_MS3 that he's sort of a professional pain in the ass. He laughed -- and agreed: “I guess you could say that. My mom might say that. But, no, you know, I play defense with passion, and defense wins games. And that was proven tonight.” https://t.co/zjDBMZT0Gz

Marcus Smart: This choice may not be an obvious one. Smart's shots are inefficient and often ill-advised. His passing is superb, but he is prone to traps on offense. But he wins games with his defense, steals, blocks, and deflections in addition to taking charges. He is afraid of no one and is feared by most opponents. And yes, he is a professional pain in the ass for any opposing player, and you have to love a guy that mentions his mom. He is the guy every team wants and needs, and that is why he is on my list.

This in no way demeans or minimizes the contributions of Celtics excluded from the list. If the NBA Basketball Gods are kind, and the Celtics end up with nicely-placed draft picks, a trade or two may be in the future. There is always pain involved in trades because we get emotionally involved with our Celtics players. But we also want a winner. We just can't have it both ways.

Even with Gordon Hayward back in action, the team still needs another talented, rugged, versatile big man to cover the middle. A rim protector/rebounder that can't shoot from distance or make free throws (read DeAndre Jordan) is not the answer. Marc Gasol can do everything but he turns 33 in January. The answer may be a collegian entering the 2018 draft (Deandre Ayton?) or a young veteran that might get antsy with his present situation (Anthony Davis?). If Davis and Ainge get antsy at the same time (Kyrie trade), buckle up.

These are my choices. Hey readers, what are yours?