Jayson Tatum - ahead of Ben Simmons for Rookie-of-the-Year 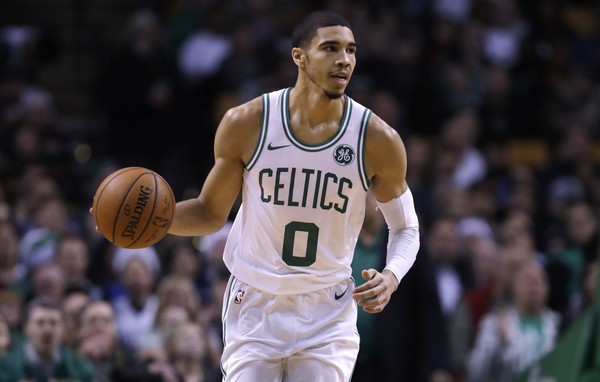 Jayson Tatum is ahead of the pack in the Rookie-of-the-Year race, and he has accomplished that feat while walking a fine line between actively displaying his skills while fitting into a system that does not totally focus on those skills. In the Celtics offense, he is not the first, or even second, option in most cases. In the early going, he has taken the scoring opportunities when they are presented. He never pursues them, although that is changing somewhat. Here is an excellent analysis by CBSSports' Colin Ward-Henninger:

Rookies have it tough. They're simultaneously trying to prove that they belong in the NBA and trying not to disturb the previously established chemistry of their brand new team. It's a tough balance to strike, and so far this season Jayson Tatum has walked the line perfectly.

If there was any knock on him, it's that he hasn't been aggressive enough. While players like Kyle Kuzma, Donovan Mitchell and Ben Simmons have been given the keys to their respective teams' offenses, Tatum has done his best not to disrupt the culture that the Celtics have built over the past few seasons.

As a result he's been incredibly consistent, but has only yet to crack the surface of his potential. The next step is to start using his impressive offensive skill to take over games, something that rookies like Kuzma and Mitchell have no problem doing, albeit for less talented teams.

Here is Tatum's rookie stat line thus far: 31.1 MPG - 14.2 PPG - 5.6 RPG - 1.0 SPG - 0.8 BPG - 1.3 TOPG. And all this while shooting 51.2% on field goals, 47.5% on threes and 83.0% from the line. The high shooting percentages and the low turnovers clearly indicate that Jayson is not pushing his offense. I see this young man as virtually untouchable in future trades. Take a look at Tatum's photo in the tweet below and then at the photo of Anthony Davis:

Our weekly NBA Rookie Power Rankings have a new No. 1! https://t.co/766FqiGn8f pic.twitter.com/Ps9VMnQi5Y 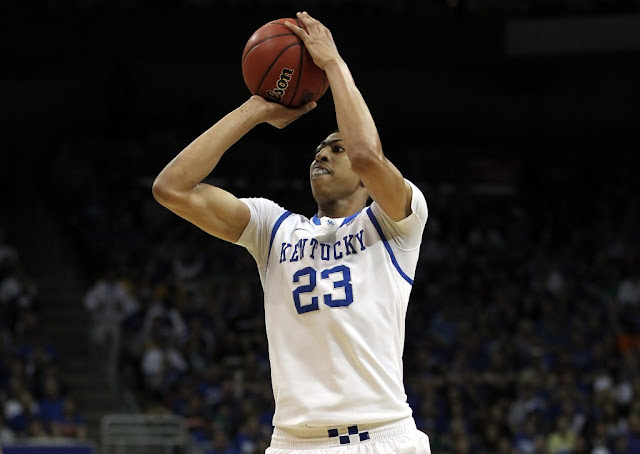 Look at the arms and particularly the shoulders of each. Davis came into the League at 6'9.25" and 221.8 pounds. Jayson came in at 6'8.25" and 205 pounds. Davis is now listed at 6'10" and 253 pounds. They are both ripped (low body fat and muscular). I am seeing Tatum now occasionally listed at 6'9" and 215 pounds. I am not stating that Jayson will become AD#2, but it looks like he will be a true three-position player (SG, SF, PF) with the ability, length and strength to do spot duty at center.

For the first time this season, Ben Simmons does NOT lead all rookies in TPA:

He deserves the number-one ROY ranking right now and may very well hold on to it at the end of the season. But there is more to see with this kid. Many of our readers have envisioned a future front court of Anthony Davis, Gordon Hayward and Jayson Tatum. That is enticing, but in any case Jayson needs to remain in Boston. He has no significant weaknesses we can detect, either in his game or his attitude and behavior. He has a high ceiling. We just don't know for sure how high. I suspect this article may re-energize AD trade talk with our readers. If the Pelicans want Jayson Tatum, forget it.