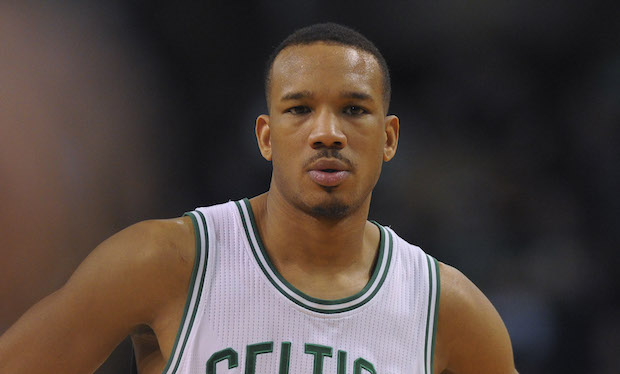 
Detroit Pistons shooting guard Avery Bradley has denied a sexual assault allegation through his attorney, who told TMZ Sports that Bradley has a confidentiality agreement with the accuser "to protect the reputation and privacy of Mr. Bradley and his family."

The woman said she was sexually assaulted in May in Cleveland, TMZ reported.

Bradley was playing for the Celtics in the Eastern Conference Finals at the time of the alleged assault.

"Mr. Bradley absolutely denies having engaged in wrongdoing whatsoever," Wolf said. "The confidentiality agreement specifically refutes and denies the validity of all allegations of any wrongful conduct by Mr. Bradley. The sole purpose of the agreement was to protect the reputation and privacy of Mr. Bradley and his family."

Bradley's attorney also says they will take action against whomever broke the confidentiality agreement.

TMZ was first to break the story.

The woman involved claimed Bradley sexually assaulted her while she was passed out drunk.

After the incident, the woman contacted Bradley and accused him of assaulting her. The two sides came together to work out a deal to keep her quiet and prevent her from releasing any video, photos or audio.
At one point in the negotiations, the parties considered resolving the matter for $400,000 ... but it's unclear what number Bradley ultimately agreed to pay. We're told the final figure was high.

A difficult situation for Celtics fans. You definitely don't want to call the accuser a liar, especially during this breakthrough period of #metoo stories, but you also don't want to just tarnish Avery's name without all the facts. Bradley always seemed like such a great person while he was on the Celtics. We've seen time and time again that a pubic life doesn't always tell the real picture. You can't 100% say Bradley didn't assault the victim. You could argue that if you were innocent paying a very large sum of money isn't a good look, but maybe part of that was to do with concealing the infidelity, since Bradley is married.

Personally I'm going to give Bradley the presumption of innocence, as I believe he's earned that. If more details come out, that could change, but for now my it's plausible that he paid the money to cover up infidelity and embarrassing photos.