Marcus Smart remains hopeful for an extension with Celtics 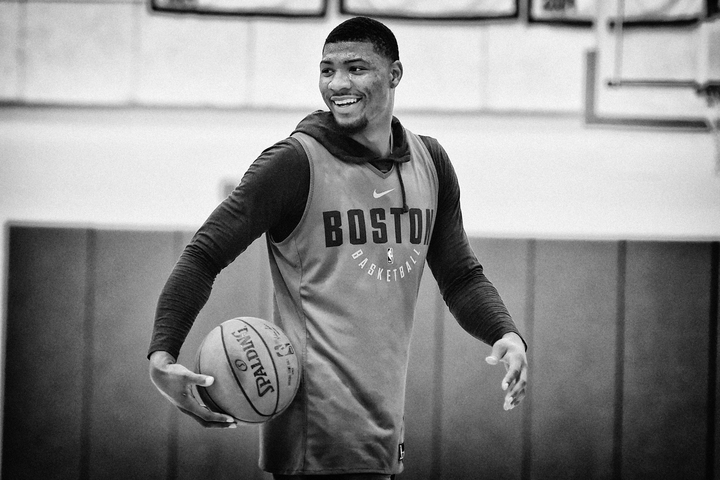 As the NBA regular season draws closer so does the deadline for teams to extend players currently under contract. Those deals must come to fruition by next Monday, October 16th, a day before the newest NBA campaign begins. Although the Celtics look primed for the season to start there's still one bit of housekeeping they could address before the season begins - extending Marcus Smart as he heads into the final year of his rookie deal.

However, according to Smart, neither he nor his agent have been approached about an extension with the C's:

Marcus Smart has strong desire to remain in Boston, but tells The Vertical he and agent Happy Walters have yet to hear from Celtics front office on possible extension.
— Shams Charania (@ShamsCharania) October 9, 2017

Asked after last night's preseason tilt with the Philadelphia 76ers if a contract extension was important to him Marcus responded that it was, because he really wants to remain with the Celtics beyond this season. Via Jay King of MassLive:

"I would love to (land an extension)," Smart said. "I would love to. I love Boston. I was drafted here. I'm the longest-tenured Celtic. The city is great, this organization is great. I would love to be here. Like I said, we're just waiting."

There's already few guys from Smart's 2014 draft class that have landed big extensions with their current teams, including TJ Warren of the Suns and Gary Harris of the Nuggets who landed deals worth $50 and $84-million dollars respectively as they head into the final year of rookie contracts. Just yesterday the Sixers handed Joel Embiid a massive 5-year extension, and he's only played 31 games in his 3 years in the league:

The big money flying around hasn't been lost on Smart, who said he's well aware of the numbers:

Should the Celtics not approach Smart on an extension before the league imposed deadline that doesn't mean they aren't interested. After the season Marcus would become a Restricted Free Agent, and the C's would have the ability to match any deal for their 23-year old point guard who looks primed for a big season.

Smart spent the offseason working on his conditioning (already a success given the shape he showed up in for training camp) and his shooting, which through three preseason games already looks light-years ahead of where he was last season.

In all likelihood if the Celtics haven't approched Smart about an extension as of yet it's not likely to happen before the season tips off. They may be banking on a limited number of teams having the cap flexibility next offseason to give him a big offer, and they just might match any offer that comes Smart's way. But if I'm the C's I don't think it hurts to kick the tires on getting a potential deal now, merely because I think Marcus is going to have a monster season and they might save themselves a few bucks if they lock him up now.

Smart's not the type of guy who needs the extra motivation of playing in a contract year. He plays a preseason game like it's game 7 in the NBA Finals: