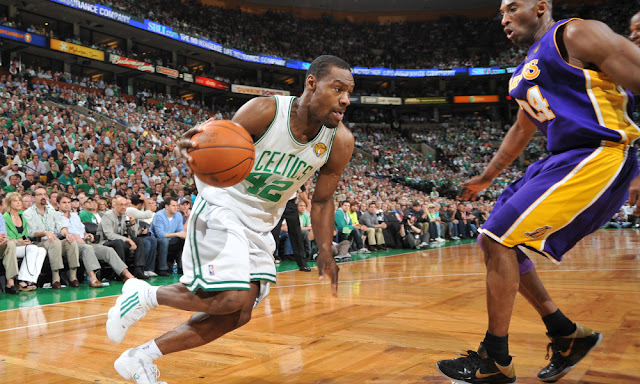 Tony Allen, who was selected by the Boston Celtics 24th overall in the 2004 NBA Draft, has signed with the New Orleans Pelicans.


Allen, who spent the last seven seasons with the Memphis Grizzlies as part of their storied "grit-and-grind" era of defense-oriented basketball, earned his chops in green, but ultimately moved on to Memphis, seeking to establish himself independently after playing in the shadow of players like Paul Pierce and Ray Allen.

Reunited with former teammate Rajon Rondo, Allen looks to once again be a rotation player at age 35, ironically competing with Jordan Crawford and E'Twaun Moore at the two, both former Celtics themselves brought on to fill the gap in the rotation created by Allen's decampment. He very well still may get the start at his advanced age, as he was still a very effective player last season, averaging 9.1 points, 5.5 boards, 1.6 steals and 1.4 assists in about 27 minutes of play for the Grizzlies. While terms of the deal are still unclear, the signing is an interesting one for the Pelicans, who possessed one of the league's stingiest defenses last season.