What the Hell Happened to...Dana Barros? 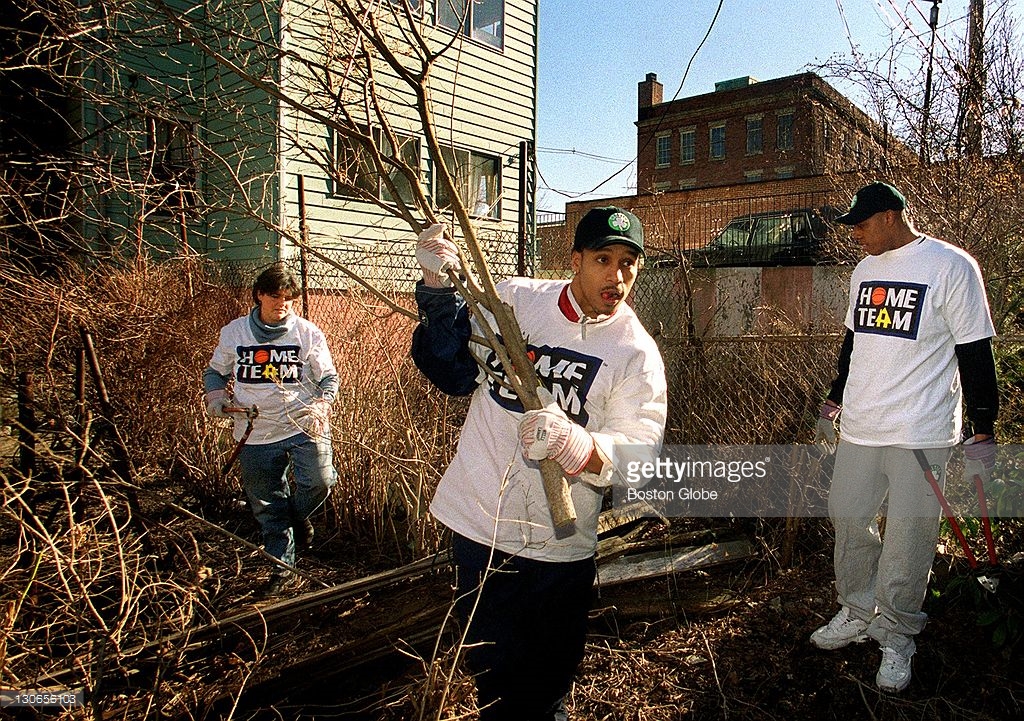 “We have a lot of big guys and I think we would have a major problem if we had an injury at the point guard position.”- Celtics interim head coach John Carroll explaining why the Celtics signed Barros in April of 2004.


He's the pride of Xaverian High School in Westwood, MA and later Boston College.  He played during a time when short guys were rare, and would likely have a much more successful career today, with the positionless, hand-check-free NBA.  Can you believe Dana Barros turned 50 in April?

If you never got to see Barros play, he could shoot, especially from 3 point range.  He was listed at 5'11, which might have been accurate, but was definitely more of a shooting guard than the pure point guard he was forced to play due to his size.  I remember being happy the Celtics signed him in 1995 because at that point, no news was never good news.  But count Larry Bird as being one who was miffed by the signing.  From the book "Bird Watching" by Jackie MacMullan, Bird on what drove him out of Boston: 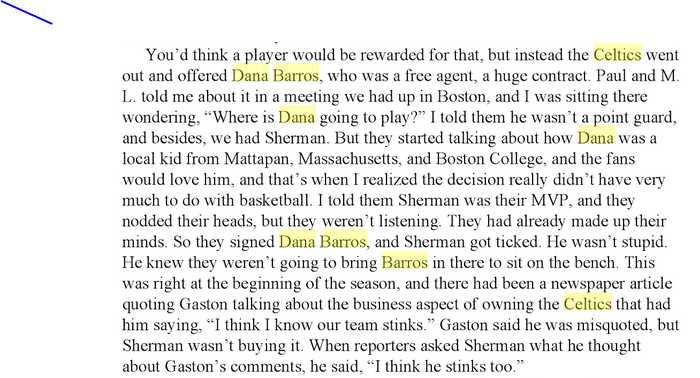 For the record, Bird said Barros was a good kid that worked hard [TB Tangent 1: I know Larry always valued the guys he went to war with who he won titles with.  McHale, Parish, Wedman, DJ, Ainge.  2 guys he didn't win titles with, but I felt he really thought highly of, were Sherman and Reggie Lewis.  Sherman only crossed paths with Bird for half a season, albeit the one John Bagley played out of his mind and got the starting nod, but I guess it was enough to convince Bird.]


So the Celtics inked Barros in 1995 coming off what would-be, his lone All Star appearance of his career.  Not only that, according to Basketball-Reference recently, Barros is the 75th best NBA player not in the Hall of Fame.  Pretty cool list to be on.  And Dana did have a hell of a year for a god-awful Philly team.  But Larry was right in that the signing didn't make sense.

One thing that may have been lost over the years is how good of a rapper Barros was.  He appeared on the 1994 album "B-Ball's Best Kept Secret" which was a compilation of songs by current NBA players at the time.  And if rap isn't your thing, still be sure to fast forward to the 3 minute mark, where he gives Reggie Lewis a shoutout:


And who could forget Barros' record of consecutive games with at least one 3 pointer made?  He held the record for a long time and I (unfortunately) mostly remember the game that ended the streak.  [TB Tangent 2: Playing the Knicks from 1993 to 1996 might have been one of the bleakest times I've ever had as a Celtics' fan.  They lost something like 23 or 24 straight to them. Every game I watched I wanted to shatter my TV.]  And of course Barros' streak had to end against those thugs.

Basically, if you didn't see the game, when the Celtics were trying to get Barros a shot down the end to keep his streak alive, the Knicks switched all pick and rolls, putting Charles Oakley, Charles Smith, etc up against Barros, just forcing him off the 3 point line.  They were double and triple teaming him every time.  It was painful, and perfectly symbolized that awful stretch they had against the Knicks.  The same Knicks that haven't won an NBA championship in 44 years.


[TB Tangent 3: This game was in January of 96 vs the Knicks before Don Nelson got canned.  Does anyone else remember it?  ML Carr, furious over Nelson's denial of Barros' chance to keep his streak alive, threw the ball at the Knicks coach at the end of the game as he consoled and patted Barros on the back. This actually did happen.  I recall Barros being embarrassed by the entire thing and dismissing it after the contest.]

The Evil Emperor would (unsurprisingly) make this trade in August of 2000:

I actually forgot about Barros being on Detroit in 2001 and 2002, and actually being on that annoying Pistons' team that the Celtics bounced in round 2 of the playoffs, with the obnoxious Jon Barry.

You may have also forgotten Barros actually returned to the Celtics for the 2003-04 season, under interim-coach John Carroll.

“He came out today and he had ’13′ and ‘Barros’ on the back of his jersey and I laughed for about five minutes” Banks said. “He said ‘What are you laughing at?’ and I just said ‘You’re so old man. You look weird in the uniform but you know I’m by your side.’ It’s good to see a guy at his age can run up and down every day with us young guys.”


[TB Tangent 4, an all time record for WTHHT: Banks wishes he had half as good a career as Barros].

Kudos to Dana for not going ring-chasing.  Unlike that prick David West. 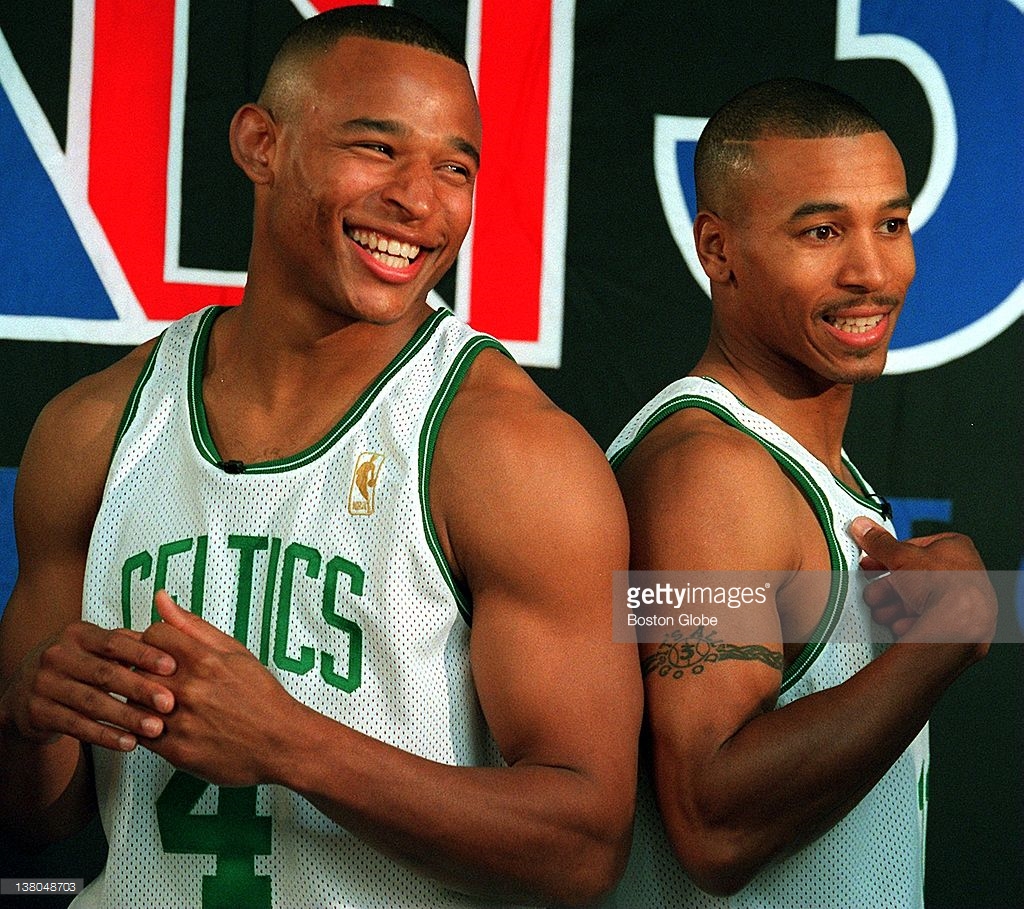 I always liked Dana as a player.  He was fun playing with on the Sonics in the Bulls-Blazers EA Sports game for Sega Genesis back when that came out.  He came from a long line of successful point guards from Boston College, including Michael Adams and John Bagley.  It was hard not to pull for him.  I thought his one All Star season was debatable and since the Celtics had a team with Dee Brown, David Wesley and Sherman Douglas, it didn't make much sense back then to sign him; he wasn't going to be that much of a difference maker.  I always thought he had the best rap song on that album and really loved his shout out to Reggie Lewis. 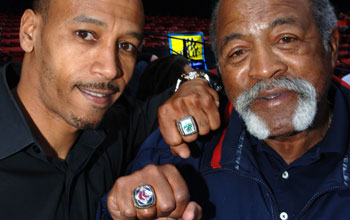 Since retiring you've probably seen Dana around.  He's done promotional events for the Celtics and the NBA over the years.  He did have a failed business venture in 2006 which if you read about it, seemed like a ton of stress and turmoil.  He got into coaching, serving as an assistant at Northeastern and is currently the head coach at Newbury College.