Ray Allen has some feels about the Thomas-Irving trade 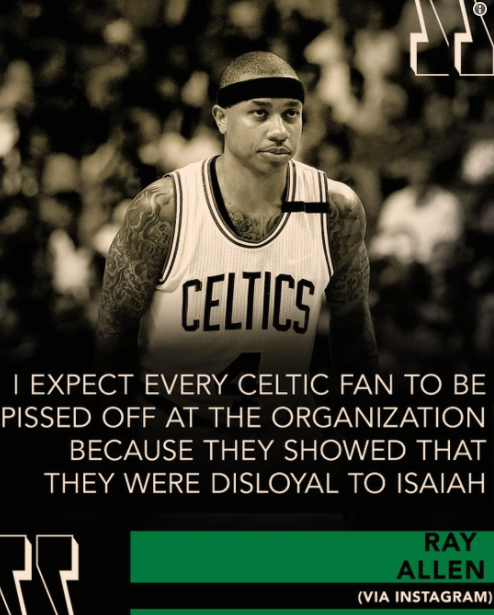 It's probably no surprise Ray Allen isn't a fan of the deal that sent Isaiah Thomas to the Cleveland Cavaliers.

On his Instagram, he and former fellow Connecticut alumnus Caron Butler pointed out the hypocrisy of some fans being angry about players being derided for loyalty, especially when teams like the Boston Celtics are willing to move players who have given all for the franchise.

While Butler and Allen certainly have a point regarding Thomas, let's not forget that the root of much of the drama in Allen's case was how he left, not that  he left. So, this perspective reminds me that while we are struggling to come to terms with this move and its impact - it probably was a smart one, at least on paper - we should probably cut Allen (and all such players) some slack on the loyalty tip. They owe us nothing, though settling the score with their teammates is a whole other story.