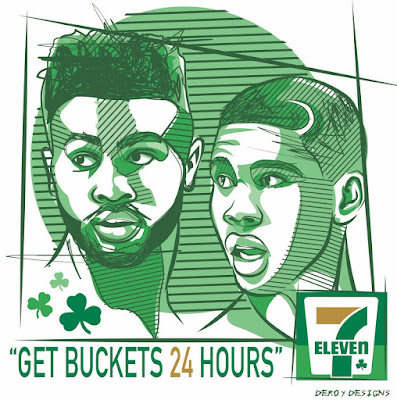 It was meant to be. It was the perfect nickname for Boston Celtics first-year phenom Jayson Tatum and sophomore Jaylen Brown, dubbed by none other than Jaylen himself.


7/11. It was to be a superstore based in Boston, Massachusetts that sells buckets and applause by the minute, 24-hours a day.

Brown, second-year stud out of Cal, wears #7 on his back, while Tatum, the one-and-done rookie out of Duke who killed it in Summer League, making Danny Ainge look like a genius for trading down in the 2017 NBA Draft, dons #11. At least he did.

It was meant to be. Until it wasn't.

With one fell swoop, Avery Bradley (#0) was traded to the Detroit Pistons, and suddenly Tatum's college number was available.

The moment #0 became available was the same moment a permanent eviction notice was posted on the door of 7/11.

Never mind t-shirts were already made. Still interested? If so, snag up your size at our store.

Yup, the 7/11 door is closed. It's sealed shut. No more Slurpees. But just because 7/11 is no more, that doesn't mean this dynamic duo won't still get buckets 24/7. They'll just have to do it with a new nickname. 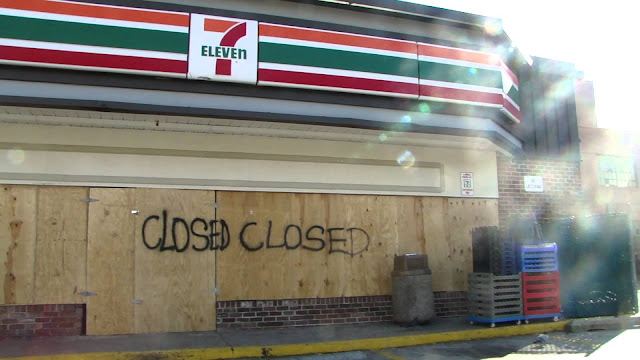 Thankfully, Celtics die-hards were quick to recover from the brutal agony of what could've been and have already come up with their share of new nickname ideas:


I even threw a few in the mix:

I guess we can blame Danny Ainge for this unexpected creative exercise, but considering all the good he's done, I say we give him a pass.

What do you think of the proposed nicknames? Which is your favorite? Do you have any new ones of your own? Let us know in the comments below.